Significant university projects to be reviewed 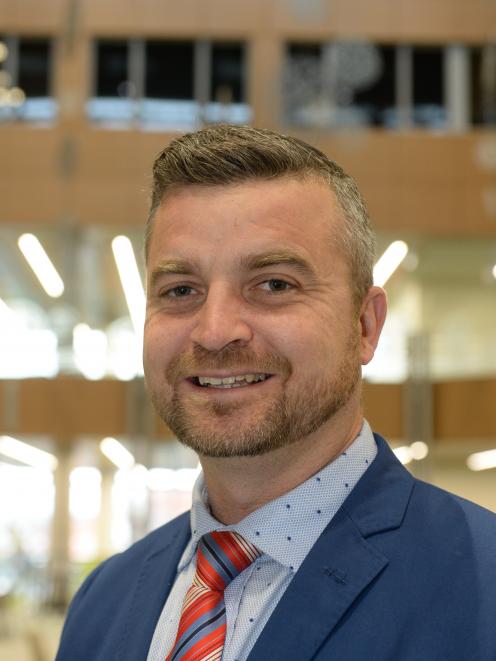 Stephen Willis. PHOTO: ODT FILES
The University of Otago has some big decisions to make about some big projects.

Building a 450-bed residential college in Dunedin, refurbishing and strengthening the food science block in the city, redeveloping the Christchurch campus and reshaping the Wellington School of Medicine are among the projects set to be reviewed as university leaders look to come up with a new long-term capital plan.

The four projects are collectively worth more than $300million.

They may still go ahead — or scaled-back versions of them may proceed — but a combination of Covid-19 fallout and lack of backing from the Government will force a rethink about how much capital spending is possible and how quickly projects may become affordable.

In a report to go before the university’s capital development committee today, chief operating officer Stephen Willis highlighted many projects had been "brought to a pause pending a review and reprioritisation of a new long-term capital plan for both building and IT investment".

Financial modelling indicated some deferred projects may become affordable in "4+ years’ time", but forging ahead so quickly could be "extremely difficult", Mr Willis said.

The university could be in a position where it would need to compete with the New Dunedin Hospital project for a construction workforce, he indicated in the report.

The university would likely need to reshuffle its planned programme of works and refocus on "projects that respond directly to the predicted upswing in enrolments that will secure the university’s future financial position".

One of those projects may be Te Rangi Hiroa. Replacing the residential college with a new, larger college of the same name is one project to be reviewed.

Mr Willis told the Otago Daily Times that several extensions or upgrades to residential colleges would probably have to be put on hold.

The university had indicated last year the existing 125-bed Te Rangi Hiroa could close at the end of 2022, but the university now wanted to retain the college "as long as possible".

That should help it head off expected accommodation shortages in Dunedin.

The university was knocked back on all five of the applications it made to the Government to partner with it in "shovel-ready projects", including Te Rangi Hiroa.

Mr Willis signalled the extent of the university’s capital programme would now largely depend on its future financial performance and how soon it could bounce back from challenges associated with Covid-19.

A significant wave of capital spending on such projects as upgrading the Dunedin dental school and Eccles Building will soon be coming to an end.

Uncertainty remains about the extent and timing of the planned second wave.

A Ministry of Health spokeswoman said the New Dunedin Hospital project could be affected by other construction projects in Dunedin, but there were "currently no specific programming issues being created by delays to any university projects".

"We will continue to keep each other informed of our work programmes."