Walk in honour of late cousin 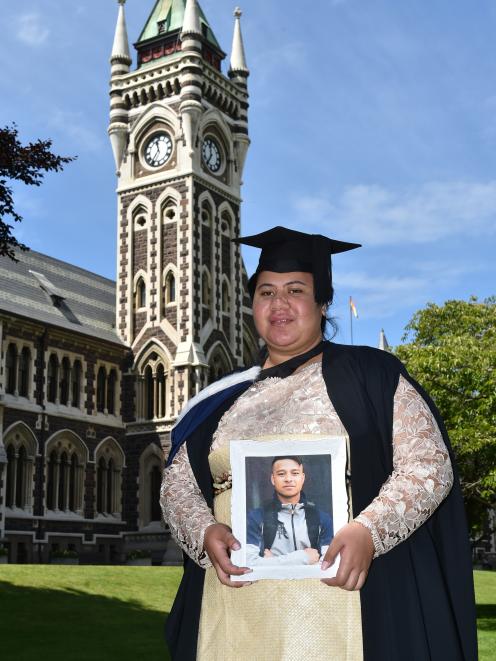 "I’m glad to get to honour my cousin’s memory."

"He was very much a people person.

"He was working full time, and when he wasn’t working he was volunteering," she said.

"Just seeing my family’s excitement, regardless of our circumstances now makes me happy in the same way," she said of her graduation.

Mr Sikei (21) was a promising rugby player who undertook volunteer work at Wesley Intermediate School, and had recently returned to Auckland from a sporting exchange trip to Malaysia.

He died a week ago, on December 7, after a stabbing at a party in Mount Roskill.

A 32-year-old man has been arrested and charged with his murder and with the attempted murder of another man.

Mr Sikei had been a past pupil and volunteer at Wesley Intermediate School, the school wrote on Facebook. He would mow the lawns and tend the gardens through the work he did with Te Whangai Trust, a charitable trust providing work and life skills training,  and he also undertook other mentoring work.

Miss Makasini had been inspired to undertake her BSc studies in neuroscience, and to learn more about strokes, after her beloved grandmother Mateaki Fungalei died from a stroke, in 2002.

Mrs Fungalei was "very important to us" and had played a big part in helping to raise Miss Makasini, also in Mount Roskill.

Miss Makasini said she wanted to raise awareness about strokes, including among the Tongan community.

Her Otago studies had initially been supported by the I Have a Dream Foundation, and during her studies she had also  mentored Tongan community members who were studying at Otago. Becoming one of the first members of her Tongan extended family to gain a university degree was not just her own achievement.

"This is for my family.

"This was not only achieved by myself, but by my family, by everyone in my community" [combining to help], she said.

She had also received positive support from the university.

She will now undertake further stroke-related research through a summer scholarship, and next year will pursue postgraduate study in public health at Otago.

In the initial shock after learning about her cousin’s death she "didn’t really want to come back" and graduate in person.

But she then realised that other family members had wanted to share her graduation and had already bought their air tickets.

Her first cousin had been a wonderful person, and she would honour his memory by carrying his photograph across the town hall stage today.