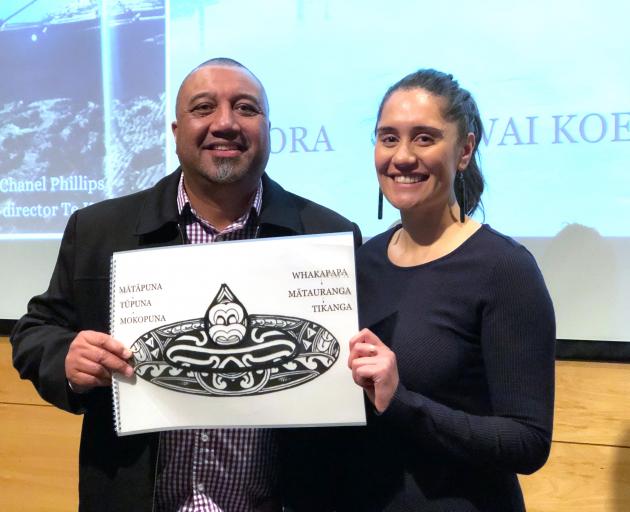 The water safety advocate was speaking at a University of Otago Te Koronga symposium in Dunedin, after a presentation by Otago water safety researcher Dr Chanel Phillips.

Mr Hewitt recalled his harrowing experiences as he spent three nights in the sea off Porirua's coast in 2006.

He had been diving for crayfish, when he became separated from other divers, and survived partly by eating some of the seafood he had caught.

Mr Hewitt had long been working with Dr Phillips, and was keen to spread the word about her research-based insights, including during a planned trip to Australia.

He was an experienced diver, and had completed extensive safety training in his earlier navy diving role, but recalled he had to call on all his inner resources, including self-knowledge, to survive.

He appreciated that Dr Phillips had taken a holistic approach to water safety and had "talked about our spiritual life" as well as the need to wear life jackets.

She is a co-director of the group, and her thesis is believed to be the first New Zealand PhD research on Maori water safety perspectives.

Dr Phillips said Maori comprised 15% of the population but accounted for about 22% of annual drownings.

Her Wai Puna ("wellspring of water and knowledge") water safety approach aimed to strengthen traditional connections between Maori and water, and to help reduce all drowning deaths.