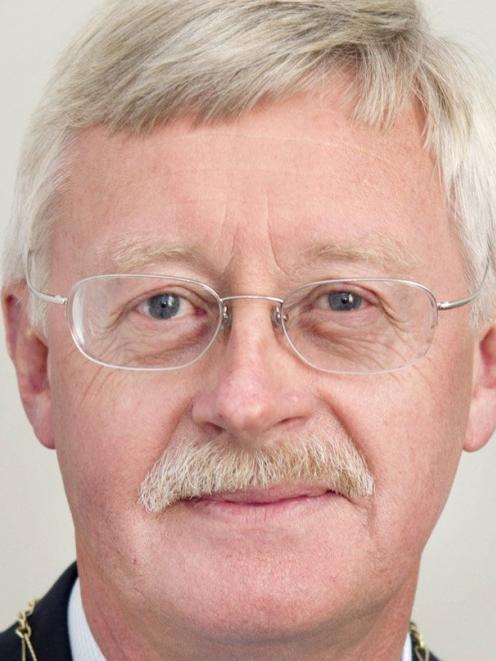 Chris Staynes
The economic development of a city is a long game, but a partnership approach is already making a difference to Dunedin's economy, the city's deputy mayor says.

Cr Chris Staynes told about 150 members of Dunedin's business community gathered recently for an update on the city's year-old economic development strategy that a partnership of the city council, Ngai Tahu, Otago Polytechnic, University of Otago, Otago Chamber of Commerce and Otago Southland Employers Association was already making inroads on an agreed target of creating 10,000 extra jobs in Dunedin and increasing average per capita income by $10,000 in 10 years.

The partnership had developed a strategy and started implementing it by selecting priority projects to focus on.

They included the council's ''red carpet not red tape'' project, which had developed a mechanism to support new businesses through regulatory processes, and developed a city investment prospectus, Cr Staynes said.

An energy plan, identifying energy opportunities for businesses, was under development by the council.

A review of procurement practices had been completed. One issue identified had been addressed by introducing a free online tendering process, expected to result in more local tenders being accepted. A new city marketing agency for business, tourism and education marketing, among other areas, was well under way.

''I am confident the city-led activities are starting to make their mark.''

It had given the association access to the skills of people in other partner organisations and they had been able to do a lot of work on their project to support and increase export business.

Among other things, they had reviewed export capacity and commitment of Dunedin businesses, researched local companies' expectations. They

were focusing on mentoring and assisting medium to small companies to improve their exports.

John Christie, from the Otago Chamber of Commerce, said it had been a busy 12 months for Project Shanghai.

Dunedin had hosted tertiary and secondary students and municipal staff from that city and was looking at increasing the number of sister schools between the cities from five to seven and creating a permanent Dunedin presence in Shanghai.

It had helped 11 companies introduce products to China, some research collaborations had been started with Chinese universities and Dunedin had a co-operation agreement with Qingdao, where there were some exciting research agreement prospects, including in marine research.

David Thomson, from the University of Otago, said the partnership approach was also good for the institution as the Government called for universities to make clearer contributions to their communities.

Among other work, the university-led project to develop a central place where early stage businesses and entrepreneurs could work, that would help them start their businesses for a minimum cost, was well under way.

A space had been purchased near the student area and central city and was about to be opened.

Several businesses, including Harraways, Tuapeka Print and Education Perfect then shared how the projects had assisted their growth over the past year.

Cr Staynes called for any other organisations that could help deliver projects to come forward and said the intention was to provide similar yearly updates as the strategy developed.