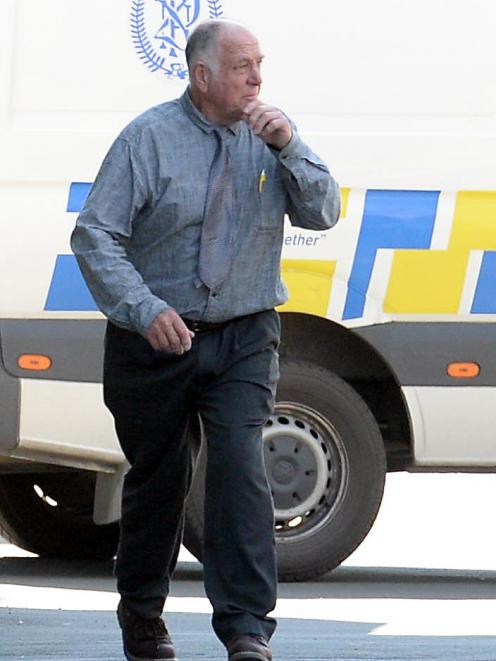 Ian Carline was personally fined nearly $7000 for failing to provide information to the Commerce Commission while it investigated him. PHOTO: ODT FILES
A celebrity-endorsed supplement company has been fined almost $200,000 for deliberately mislabelling products.

Invercargill-based Gateway Solutions Ltd (formerly trading as Silberhorn) previously pleaded guilty to 26 charges under the Fair Trading Act for claims its products contained more deer velvet than they did.

The supplements, promoted by Sir Bob Charles and the late Sir Colin Meads, were marketed as supporting strength, activity and joint mobility.

But between 2011 and 2015, 22 batches of the product, amounting to 11million capsules, were knowingly mislabelled.

In the Dunedin District Court case, which has lasted more than five years, it was revealed the affected haul translated to 120,000 bottles — $5million worth.

While company director Ian Carline argued the breach was not intended to swindle consumers, in his written judgement Judge Kevin Phillips described the company’s actions as ‘‘deliberate acts".

"It would have been impossible for ‘Joe Bloggs’, a prospective consumer, to have realised the lesser amount of deer velvet powder in the capsules he was consuming," said the judge.

Carline claimed a change in the manufacturing process had made the deer velvet more potent, which led to the decreased amount in each dose.

He told the court during a disputed-facts hearing last year that he and Sir Colin would take increasing amounts of the supplement to test its effects.

Carline said at one point the experimentation was causing him nosebleeds, which he conceded was "a concern".

But Carline stood by his unorthodox techniques.

‘When you’re leading in what you do, there’s no-one to follow,’’ he said.

The Commerce Commission believed the discrepancy in deer velvet content could have netted the company a profit of up to $1.2million.

"Products that were marketed as ‘premium’ and as containing ‘100% deer velvet’ or ‘traces of carob’ actually contained up to a third carob. This was liable to mislead its consumers about the true composition of the products," Ms Rawlings said.

"Consumers have a right to know what they are ingesting and are entitled to trust that product labels are accurate. This is especially the case when the products claim to support health and consumers are unable to independently verify the truth of the claims made."

As well as a company fine of $194,400, Carline was also personally fined $6885 for failing to supply information to investigators.

Defence counsel Judith Ablett-Kerr QC said her client — whom she described as a "diamond in the rough" — might have been negligent but did not deliberately deceive anyone.

He said Carline’s conduct was at the "very high end" of such offending.

"There was obstruction, unreasonable conduct and response and a total failure to comply with the information requested of the company and Mr Carline," Judge Phillips said.