The former head of southern Victim Support has withdrawn his appeal against child sexual abuse convictions.

It is now nearly three years since David John Charteris was sentenced before the Christchurch District Court on a slew of offences against a pre-teen boy, which took place in 1999-2000. 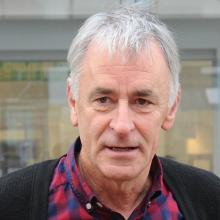 Judge Raoul Neave jailed the man for 14 years after he was found guilty following a judge-alone trial.

In May last year, Charteris appealed both the convictions and the length of his sentence in the High Court.

Counsel Josh Lucas argued his client, who suffered from prostate cancer, would likely die in prison, given the length of the jail term.

It was not enough to sway Justice Gerald Nation, who dismissed the appeal.

Charteris filed paperwork with the Court of Appeal to continue his legal challenge but it confirmed to the Otago Daily Times that that course had since been abandoned.

The man — who spent a decade at Victim Support from 2008 — met the young victim after the boy’s parents split up in the late 1990s, and began helping the mother with child-care.

The victim, who now had children of his own, had experienced significant distrust because of his childhood trauma.

He described it as "a life sentence of guilt, confusion, anger and turmoil".

He would stay overnight at Charteris’ Christchurch home, which was where the violations began.

There were also trips to the Waimakariri River and one to Banks Peninsula where the man sought out remote locations to inflict further violations.

The final act came during a New Year’s camping trip when Charteris abused the victim in his tent as other adults slept just metres away.

Charteris will see the Parole Board for the first time in July 2024.