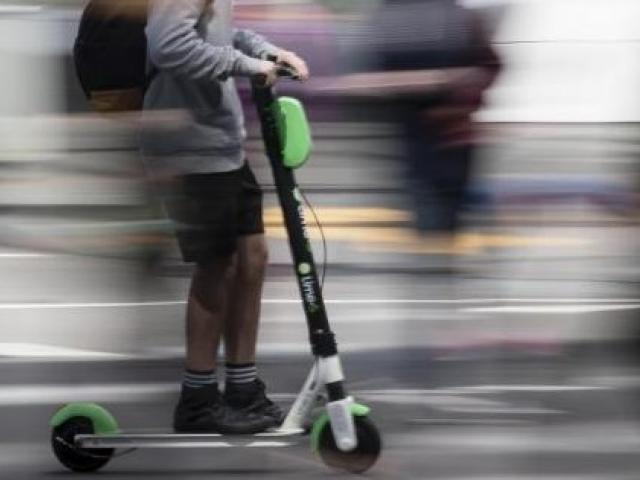 Photo: NZME
A driver whose car smashed into a Lime scooter rider, breaking his ankle, has been ordered to pay the victim more than $5000.

He was returning home from work, driving in King Edward St when he approached a pedestrian crossing.

The area was well lit and there were road signs, police said.

The victim, on a Lime scooter, was on his way across the road when he was knocked down by the Nissan driven by Xu.

Counsel Werner van Harselaar said his client had worked in New Zealand for 14 years and had never appeared before the court.

Xu had stopped 50m down the road not because he was trying to flee the scene, Mr van Harselaar said, but because he wanted to find a safe place to pull over before returning to the injured man.

That was followed by physio appointments, the court heard.

"His injury has slowed him down but he is coping and managing," Mr Heale said.

He stressed the lapse in concentration by Xu was momentary.

"Driving is a dangerous thing to do, we all do it all the time, for bad things to happen it only takes a small mistake. I need to look mainly at the size of your mistake, then at the size of the consequences," the judge said.

"Your inattention was brief, but the consequences for your victim were serious."

Xu was ordered to pay the victim's loss of income - $5057 - and disqualified from driving for the mandatory minimum period of six months.

Its a pedestrian crossing. How are motorists expected to react to something traveling much faster than walking speed dashing across the road?? This doesn't seem reasonable to me. Perhaps if a scooter rider wants to use a pedestrian crossing they should hop off and walk the scooter across...