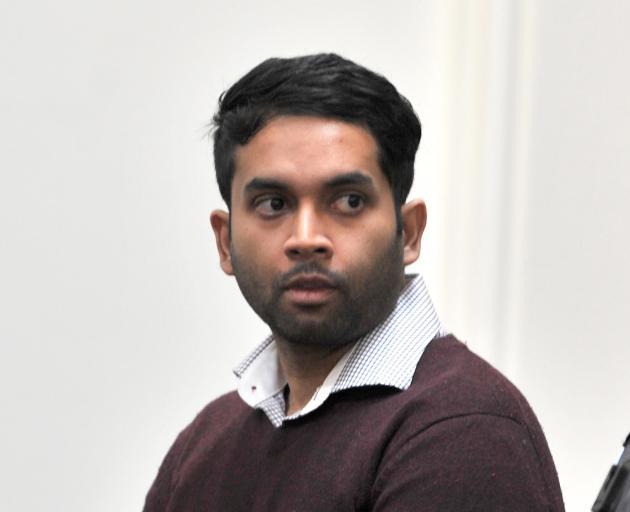 Vernod Skantha denies murdering Amber-Rose Rush. Photo: Christine O'Connor
A month before being stabbed to death, a teenager told her friend a Dunedin doctor had molested her, a court has heard.

Venod Skantha (32) is on trial in the High Court at Dunedin accused of the murder of 16-year-old Amber-Rose Rush.

The Crown says the defendant killed the girl in her Corstorphine bedroom on February 2 last year to stop her making potentially catastrophic allegations to police and the man's Dunedin Hospital superiors.

She had threatened to say Skantha had groped her and “touched up” others, as well as supplying minors with alcohol.

Lyndze Parrett (22) told the court this afternoon she had met both Amber-Rose and the defendant in 2017.

She recalled a weekend of heavy drinking at Skantha's Fairfield house in December before seeing the teenage victim again in early January 2018.

“She said that she thought she may have been drugged as she woke up with Vinny's hand down her pants and her top and bra was removed,” Ms Parrett said.

Ms Parrett told the jury she saw Skantha within a week and queried what had happened.

“I was at his house and I asked him and he said he couldn't remember . . . anything about it,” she said.

The woman also heard from Skantha two days after the alleged murder.

She said the defendant sounded “anxious, like stressed out” when he was trying to get hold of his teenage friend, who unbeknown to him was speaking to police at that point.

Before the witness gave evidence, Justice Gerald Nation stressed to the jury that Skantha was not charged with sexual offending.

The hearsay evidence was being admitted because it had direct relevance to what the Crown submit is the defendant's motive.

The Crown's key witness, who previously told the court he drove the defendant to and from the Clermiston Ave scene, gave evidence the defendant went into the house and emerged with the victim’s phone and driver’s licence.

The teenager said Skantha repeatedly smashed the phone on the pavement before they drove off and dumped it at Blackhead Quarry.

Police digital forensic analyst Bevin Pelvin said the burst of photos, taken at 12.01am on February 3 last year took place in the area of the house, according to electronic data.

He told the jury he had enhanced the brightness in the images, but nothing obvious could be made out.

At 11.55pm, Amber-Rose sent her final message to her boyfriend.

For the first time, the jury was today shown a photo of the defendant and victim together.

An image Mr Pelvin recovered from the Facebook cache pictured a smiling Skantha cradling the teenager in his arms.

It appeared to have been viewed by the defendant a month before the murder, he said.

Mr Pelvin – who was only recently able to analyse Skantha’s phone due to new software becoming available - also noted there was no Google location data on the defendant's phone for February 2 and 3.

"In my opinion, I believe [location data has] either been turned off or deleted," he said.

​The court earlier heard that months before Skanta allegedly stabbed Amber-Rose to death the Dunedin doctor turned up to a hospital meeting and treated a patient after drinking beers.

The only reason  Skantha was not dismissed, Southern District Health Board chief medical officer Dr Nigel Millar said, was because his mother had recently died.

But that was a lie.

The 32-year-old is a former house officer.

Dr Millar told the court this morning that Skantha missed three consecutive days of work at the start of July 2017.

On the third day, the doctor messaged his supervisor Dr David Gow and explained he had suffered the unexpected loss of his mother.

The pair arranged to meet at 2pm the following day to discuss matters.

Instead Skantha turned up for the sit-down a day early, with two friends in tow.

He had consumed two beers with his lunch, a subsequent investigation found.

After finding out he had the date wrong, instead of leaving, the defendant went to the orthopaedic ward where he usually worked.

He flushed a woman's IV line, reattached it too tightly and annotated it with the previous day's date.

The patient was so concerned about Skantha's erratic demeanour that she asked him to confirm it was saline.

The independent investigation that followed was sent to Dr Millar confirming the doctor had come to work smelling of alcohol, was acting emotionally and treated someone while on sick leave.

Skantha said his mother had died a week before the incident, on June 30.

A supervisor reported seeing him at 4pm that day driving his car and smoking, when his shift was due to end at 4.30pm. 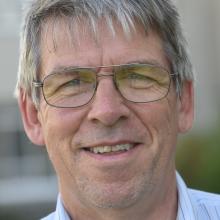 Considering the findings of the review, Dr Millar found evidence of serious misconduct and deliberate or negligent behaviour.

He made the interim decision to terminate Skantha's employment.

However, a letter from the defendant's lawyer earned him an eleventh-hour reprieve.

She wished to emphasise the context around the incident and consequences if he was dismissed, Dr Millar said.

The lawyer stressed the impact of the family death and said a dismissal in those circumstances would be punitive and harsh.

It seemed reasonable to accept the loss of a family member so close could have caused Skantha's to behave in an unprofessional manner and was unlikely to be repeated, Dr Millar said.

He amended his decision to put the doctor on a final warning.

It is the Crown case that Skantha killed Amber-Rose because she had threatened to go to hospital bosses and the police with allegations of sexual assaults.

She was found dead in the bedroom of her Corstorphine home on February 3, 2018.

Justice Gerald Nation stressed to the jury at the outset they were hearing the evidence because of the prosecution's case around motive.

If you decide he did lie to people at the hospital you will have to decide whether he was more likely to lie when interviewed about Amber-Rose's death, the judge said.

It is understood Skantha's police interview will be played for the jury later in the trial.