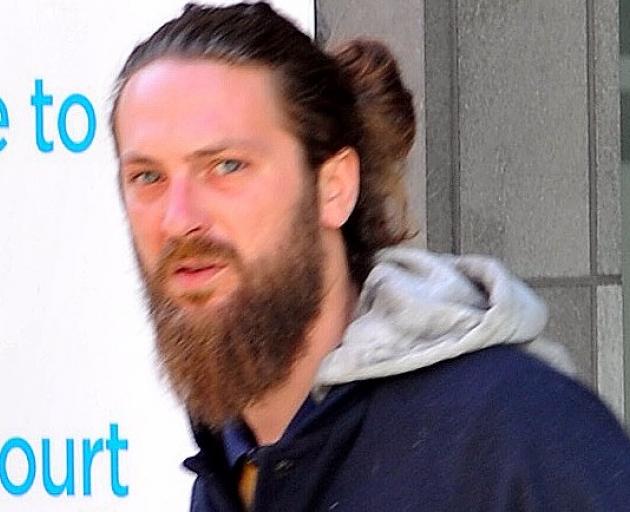 Antoine Therle will return to France next month after serving a home-detention sentence in New Zealand. Photo: Rob Kidd
A Frenchman who took violent revenge against a drug dealer who ripped him off has asked the court to cut his sentence short.

But 30-year-old Antoine Andrew Dany Therle, who has nearly a month of his home-detention sentence left to serve, was resoundingly knocked back by Judge Michael Crosbie in the Dunedin District Court this week.

Therle said the financial and emotional strain of being housebound in Albert Town, outside Wanaka, with his partner, amounted legally to a change of circumstances and invited the court to cancel the sentence so they could return to Europe.

The judge was concerned accepting the proposal might pave the way for others who also wanted to avoid serving their entire sentences to do the same.

‘‘To grant the application would be, in my view, to undermine the denunciative and deterrent aspects of the sentence and, to an extent, ignore the position of the victim,’’ he said.

Therle and his girlfriend, Lisa Charlotte Simone Elise Peronnet (30), first came into contact with their teenage victim Tobias Waring in 2018 in Dunedin through a Facebook page offering small amounts of cannabis to French travellers in New Zealand.

They agreed on a price of $400 for the drugs but after the cash was handed over, the teen failed to deliver the goods.

So Therle orchestrated another meeting in August and took out his frustrations on the victim.

The defendant put him in a ‘‘headlock’’, the court heard at sentencing, and punched Waring more than a dozen times.

Therle dragged the man along Duke St towards his van where Peronnet was waiting.

Waring, however, managed to break free as she grabbed at him. He ran to a nearby dairy, his shirt ripped off and his upper body covered in cuts and grazes.

The court heard this week she had finished that sentence and been allowed to remain in the country to support her boyfriend.

Counsel Judith Ablett-Kerr QC said the couple had been struggling.

Their rent of $350 a week and other costs were being covered by friends and family.

Therle was desperate to avoid the ‘‘indignity’’ of deportation, Judge Crosbie said, though it appeared from Immigration New Zealand that it would allow the pair to return home unescorted.

The judge said the difficulties of serving home detention were foreseen by him at sentencing.

He described the penalty as ‘‘merciful’’ and noted that higher courts had continually stressed the sentence should be seen as serious and not a soft option compared to incarceration.

For those who might suggest Therle had only a short period left to serve, Judge Crosbie’s response was unequivocal.

‘‘The sentence wasn’t arrived at as an approximation.’’