Cyclists and walkers to be separated 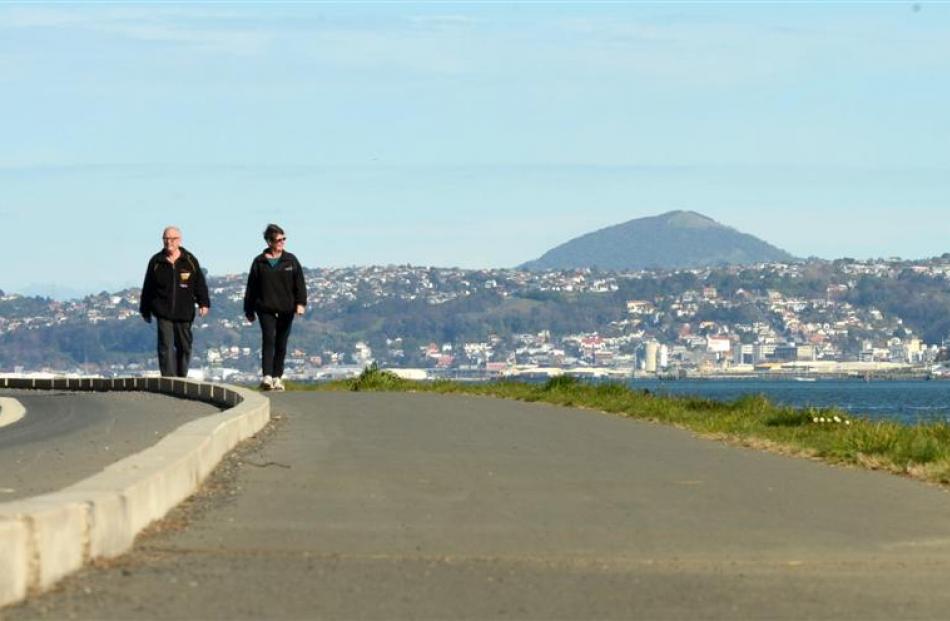 Selwyn and Pam Chalmers, of Macandrew Bay, enjoy a stroll on a completed section of the Otago Peninsula shared pathway. Photo by Stephen Jaquiery.

Conflict between pedestrians and cyclists on Dunedin cycleways has influenced a council decision to separate them on the next stage of the Otago Peninsula shared pathway.

Projects engineer Evan Matheson said that, after consulting various parties, the council had decided to split the Ohinetu Point to Harington Point section, probably with a painted line.

The new configuration would give both cyclists and pedestrians their ''own space'' and help avoid conflicts, he said.

The popularity of the shared pathways on both sides of the peninsula had resulted in conflict and the council had taken this into account in making the decision.

Despite these issues, there were no plans to make changes to the already completed sections.

''In a perfect world, yes we would have a separate path for each, but we haven't got that luxury, so we have got to use the space as best as we can. People just have to recognise that it is very popular ... and take care,'' he said.

The council would also get rid of the on-road cycle lane on the new section, replacing it with the shared pathway.

The council's consent application for the next section would probably be completed by the end of this month, with construction likely to begin early next year.

''There is an illogicality about having cyclists ... on a pedestrian way. It seems to me that it is inevitable that cyclists are going to collide with pedestrians,'' he said.