Councillors began deliberating on the 2020-21 annual plan yesterday, and it approved a spending of $125.9million over the coming year, a reduction of $2.5million.

Changes in spending reflected a reallocation of budgets, in part due to Covid-19.

Spending in roading and footpaths, reserves and recreation facilities and libraries and museums would decrease, while spending on property and waste management would double.

Council infrastructure services general manager Simon Drew said a reduction in the budget for roading and footpaths reflected a ‘‘reprofiling’’ of some projects — meaning timing changes, including carrying forward some unspent funds, accelerating funding from future years and changing the timing of projects.

He said the tertiary precinct upgrade, the central city upgrade and the city to waterfront connection had all been pushed back, to reflect changes in spending priorities in the wake of Covid-19, alongside less funding from NZTA.

$900,000 would be spent South Dunedin Library and Community Complex as planned, making up some of the $19 million to be spent on property — including property renewal.

Council financial controller Gavin Logie said the increase was caused by about $7.5million unable to be be spent on projects during lockdown, alongside a reallocation of funding.

A $4 million renewal of Moana Pool’s hydroslides was included in capital expenditure as planned, part of a master plan for the pool, Council city services general manager Sandy Graham said.

Government funding for shovel-ready projects, including the South Dunedin library and a $17.1million film studio ‘‘were in progress’’, but were not yet confirmed in the capital expenditure budget.

Cr Lee Vandervis said capital expenditure did not give residents ‘‘value for money’’, and said there was no rigorous checking from council on the necessity of capital projects.

‘‘A great deal of spending we do is not on behalf of ratepayers, but on behalf of minority groups and well-connected groups rather than groups that promote the development of the city.’’

‘‘These things do have a face, this is going to attract people — and already is — to our city.

All councillors except Cr Lee Vandervis voted for the changes.

Stepping up to see if they’ve got what it takes 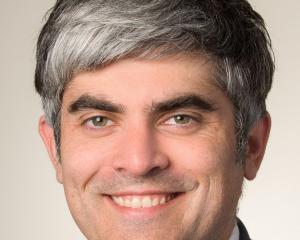