Only one court option left for Vandervis 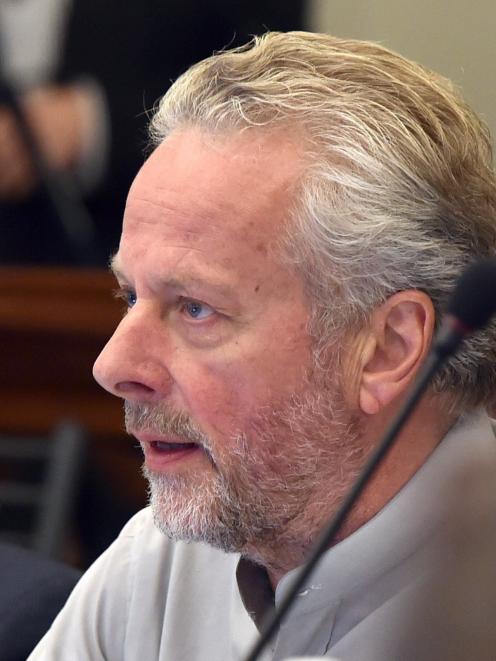 Lee Vandervis
A controversial Dunedin city councillor has not ruled out taking his legal battle against the council to the highest court in the land.

Cr Lee Vandervis was found to have breached the Dunedin City Council’s code of conduct in 2019 when he remonstrated with a staff member over what he believed was inadequate parking signage in the city.

It resulted in an independent investigation and eventually a censure.

In 2020, Cr Vandervis questioned the legitimacy of that through judicial review in the High Court, which was declined.

In March, he challenged that judgement in the Court of Appeal which yesterday released its ruling with an identical outcome.

Costs were ordered against Cr Vandervis, who could face a hefty bill alongside his own legal costs.

His only avenue of appeal is now to the Supreme Court.

"I’m disappointed in the appeal decision and we’ll consider our options when the detail [of the judgement] has been studied," he told the Otago Daily Times.

There was minor consolation for him as the Court of Appeal said that anyone being investigated should be provided with a written copy of the allegation, something not done in this case.

A council spokesman said the need for any changes to protocol would be considered as would the issue of claiming costs against Cr Vandervis.

The incident at the heart of the case took place on September 13, 2019, after he received a $12 parking ticket, unaware he had parked in a 30-minute zone.

The customer service staff member who dealt with Cr Vandervis emailed then council chief executive Dr Sue Bidrose the next day to make a formal complaint over his conduct.

That resulted in David Benham being brought in to independently investigate.

He decided after a preliminary assessment that the complaint warranted a full inquiry and he gave his results to the council after interviewing all relevant parties.

Cr Vandervis argued the complaint made by the council staff member was invalid because only the chief executive could decide to do so under the code of conduct.

But Justices Jillian Mallon, David Collins and Graham Lang rejected that ground of appeal since it was the chief executive who formally set the wheels of the investigation in motion.

Cr Vandervis also claimed he had been denied "natural justice" because he had not been given a chance to respond to allegations until after the preliminary assessment had been completed.

He said he was hamstrung, too, by the fact he was not given the original complaint or witness statements.

The court, however, stressed the preliminary investigation was simply to determine whether the complaint was frivolous and, as such, did not require input from Cr Vandervis.

Justice Mallon said while the councillor was not provided with specifics of the complaint it was clear he knew enough.

"There is no doubt that Mr Vandervis knew the gist of the complaint ... There is also no doubt that he knew that he was said to have spoken loudly and inappropriately to the staff member," she said.

"We consider this was sufficient to fairly provide him with the opportunity to respond."

The council previously confirmed a third party had paid the $12 ticket.