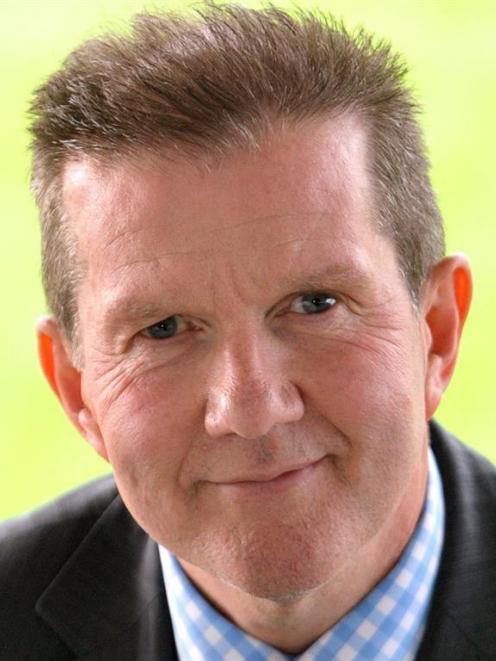 Terry Davies
Dunedin could be in line for even more big concerts following the signing of a new ticketing deal by the company running Forsyth Barr Stadium.

Dunedin Venues Management Ltd, which runs the stadium and Dunedin Centre venues, yesterday announced Ticketmaster would in future act as its ticketing agent for most events at its venues.

Ticketmaster NZ Ltd is a subsidiary of Live Nation, the company that brought Fleetwood Mac to Dunedin to play to a sell-out crowd of 35,000 last month.

DVML chief executive Terry Davies would not be drawn on the specifics of the deal, but said it would grant the company access to more concerts and other events at the stadium and other venues.

‘‘It gives us more opportunities for access to artists when they are planning their Australasian tour schedule than we currently have,'' he said.

‘‘We will, of course, still be working with all promoters to bring a variety of quality acts to our venues at Forsyth Barr Stadium and Dunedin Town Hall.''

Live Nation Australasia president and chief executive Michael Coppel agreed, saying in a statement the company was ‘‘thrilled'' by the deal.

‘‘The recent record-breaking 35,000 strong attendance for Fleetwood Mac has highlighted Dunedin as a major event destination.

‘‘We look forward to working closely with DVML and Ticketmaster to bring many more major international stars to Dunedin,'' Mr Coppel said.

The deal was the latest sign of the burgeoning relationship between DVML and Live Nation, one of three major promoters the stadium's operators work closely with.

That was because those ticketing arrangements were contracted directly by the Highlanders and Otago Rugby Football Union, Mr Davies said.

When it came to DVML, the company had to seek the best deal it could for the benefit of ratepayers, he said.

‘‘DVML owes it to the city's ratepayers to achieve the best commercial deal possible for the stadium and we believe that is what we have accomplished.''

DVML had issued a request for tenders in October, resulting in three bids and an ‘‘extensive and robust'' process that led to Ticketmaster, Mr Davies said.

The new deal would start on February 1 next year.

Ticketmaster Australasia managing director Maria O'Connor said she was ‘‘proud'' of the deal, which would help the company ‘‘bring exciting live events'' to the city.