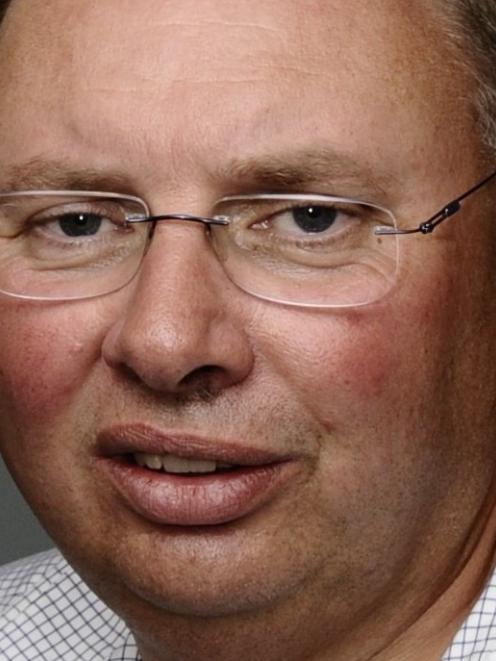 Graham Crombie.
A deal designed to help Delta recover a $13.4million bad debt from a stalled Christchurch subdivision is expected to take years to realise and comes with no guarantees, it has been revealed.

Councillors at the meeting authorised Delta to enter into a new loan agreement with a potential buyer for the Yaldhurst subdivision, he said.

That allowed the $13.4million bad debt owed to Delta by Noble Investments Ltd to be transferred to the unnamed potential buyer as a loan, to be repaid over the next few years, Mr Crombie said.

That was conditional on the potential buyer also reaching a settlement with Gold Band Finance Ltd, as the subdivision's first mortgagee.

Mr Crombie, contacted by the Otago Daily Times, said the agreement made it more likely Delta would be able to recover its outstanding money.

That was because the new buyer - which he declined to name - was in a better position to progress the subdivision and use sale proceeds to repay Delta, he said.

The company would receive about $1million of its outstanding money immediately, once the new contract with the unnamed buyer went unconditional.

Mr Crombie could not discuss those details until after the agreement between the buyer and Gold Band Finance went unconditional, but said more information would be released once it did.

Even so, it was expected to take "several years'' for Delta to recoup the rest of the outstanding money, and there were still no guarantees the total amount would be recovered, he said.

The first sections were ready and could be sold quickly, but the rest would happen in stages, he said.

"You've got to have the sections selling for the cash to come in and for the money to get repaid.

"I'm more confident if this transaction goes ahead than we currently are,'' he said.

The deal meant Delta would have to forgo millions in interest and penalty fees, which had been accruing on the bad debt since 2013.

It had been suggested the extras could have pushed the total bill owed to Delta up as high as $24million, but Delta had given up any hope of recouping them.

Instead, interest would begin accruing on the loan to the new buyer, he said.

The deal did not involve any new cash or loans from Delta or DCHL, he emphasised.

"There's no cash going anywhere at all. It's really just changing who the money is owed from. It's about positioning Delta with the best chance to get some money back.''

Mr Crombie's announcement came after he was criticised by Crs Hilary Calvert and Lee Vandervis for not agreeing to a request for Delta chief executive Grady Cameron to appear at Monday's council meeting.

After the meeting, Cr Calvert said the lack of information provided to councillors at the meeting was "unbelievable''.

Last night, she continued her attack, saying it was not surprising the public had yet to hear the full story.

"We [councillors] didn't seem to have the full details we should have when we discussed it.''

Cr Vandervis said he was not allowed to divulge the "disgusting details'' of the deal, but city ratepayers had been "done over'' again.

He criticised Mr Cull and DCHL for inadequate oversight, saying they had "stood by and done nothing'' as the bill mounted.

The deal agreed to on Monday was the first step to dig Delta out of the "hole'' it found itself in, as the company had no prospect of recovering its money "unless something changed''.