By John Lewis
0 Comments
Two motorcycles whizzing around inside a metal sphere, 4m in diameter, at 50kmh — what could possibly go wrong?

Ivan De Sousa says: "A lot. And when it does go wrong, it’s messy".

That is why the Great Moscow Circus calls his act the Splitting Globe of Death.

"Most of the globes are just a solid globe, but this one splits in half to make everything more fun for us.

"It also makes it more dangerous and more impressive for the crowd to watch."

The 30-year-old Brazilian motorcyclist said one of the worst accidents he was involved in was in South Africa when there were four motorcyclists in a slightly larger globe and all ended up in a pile at the bottom of the sphere.

Some of the riders received significant injuries, but he escaped with a damaged thumb. 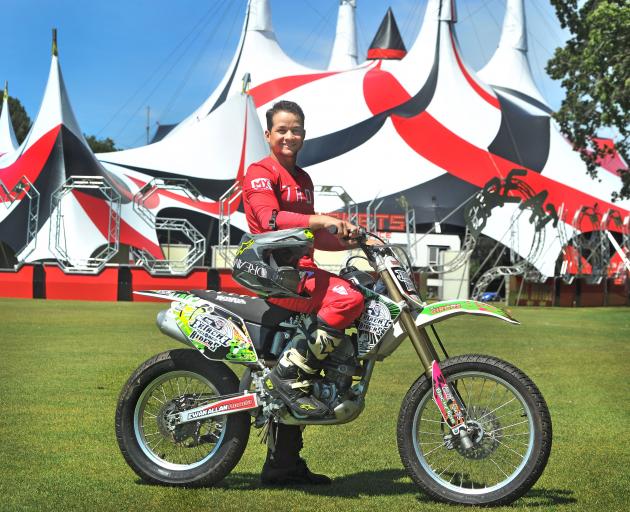 Great Moscow Circus motorcyclist Ivan De Sousa is ready to wow the crowds with his Splitting Globe of Death at the circus’s opening in Dunedin tonight. PHOTO: CHRISTINE O’CONNOR
Mr De Sousa was born into the circus.

Mr De Sousa said he had been performing since he was a child, starting out as a teeterboard artist.

Since then, he had done everything his father had done except the human cannon ball.

It seems even daredevil motorcyclists have their danger limits.

"Right now, I’ve done pretty much everything my dad has done, but the human cannon ... we’ll see. I don’t know if I’m going to be able to do that."

Mr De Sousa is one of an array of enchanting acrobats, slapstick comedians and breathtaking stunt artists who will perform in the Great Moscow Circus’ opening night in Dunedin tonight.

The circus is in Dunedin until January 30.