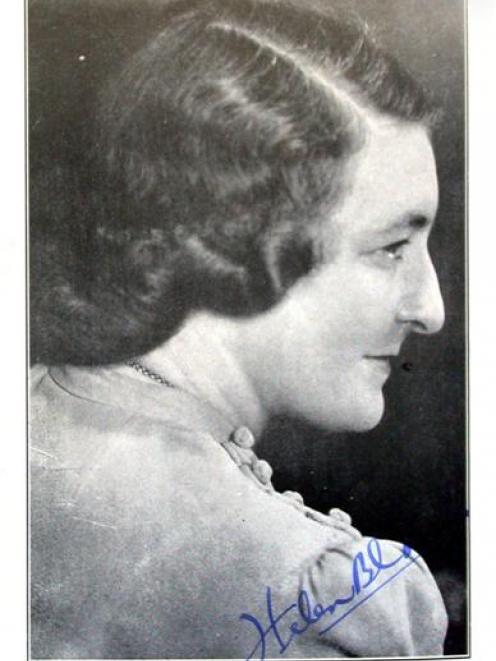 Scottish-born Mayoress Black was involved in the running of relief depots for the unemployed and many events designed to lift the spirits of Dunedin citizens.

But, she was accused of seeing herself as "the grand lady dispensing aid to the poor".

That she wore white gloves while dispensing relief was a "source of anger" among the unemployed.

Attempts were made to upturn her car during one protest and she was warned that the crowd intended attacking her home.

An anonymous letter threatened to kidnap her young daughter.

"She certainly became, whether fairly or unfairly, a sort of symbol of the insensitivity of the well-to-do and the wealthy towards the needs of the unemployed."

Prof Olssen said those who retained their job did "very well" during the Depression because, with deflation, everything cost less.

"Some are doing well and that intensifies, perhaps, this sense of grievance amongst those who are getting the rough end of it."

Mayoress Black's autobiography, Sunshine and Shadow, devotes more than 70 pages to her "year abroad" and one page to the Depression.

"The Depression affected the City Council to such a degree that it even refused me, its Mayoress, a tramway pass for travelling backwards and forwards daily to the relief depot for the unemployed.