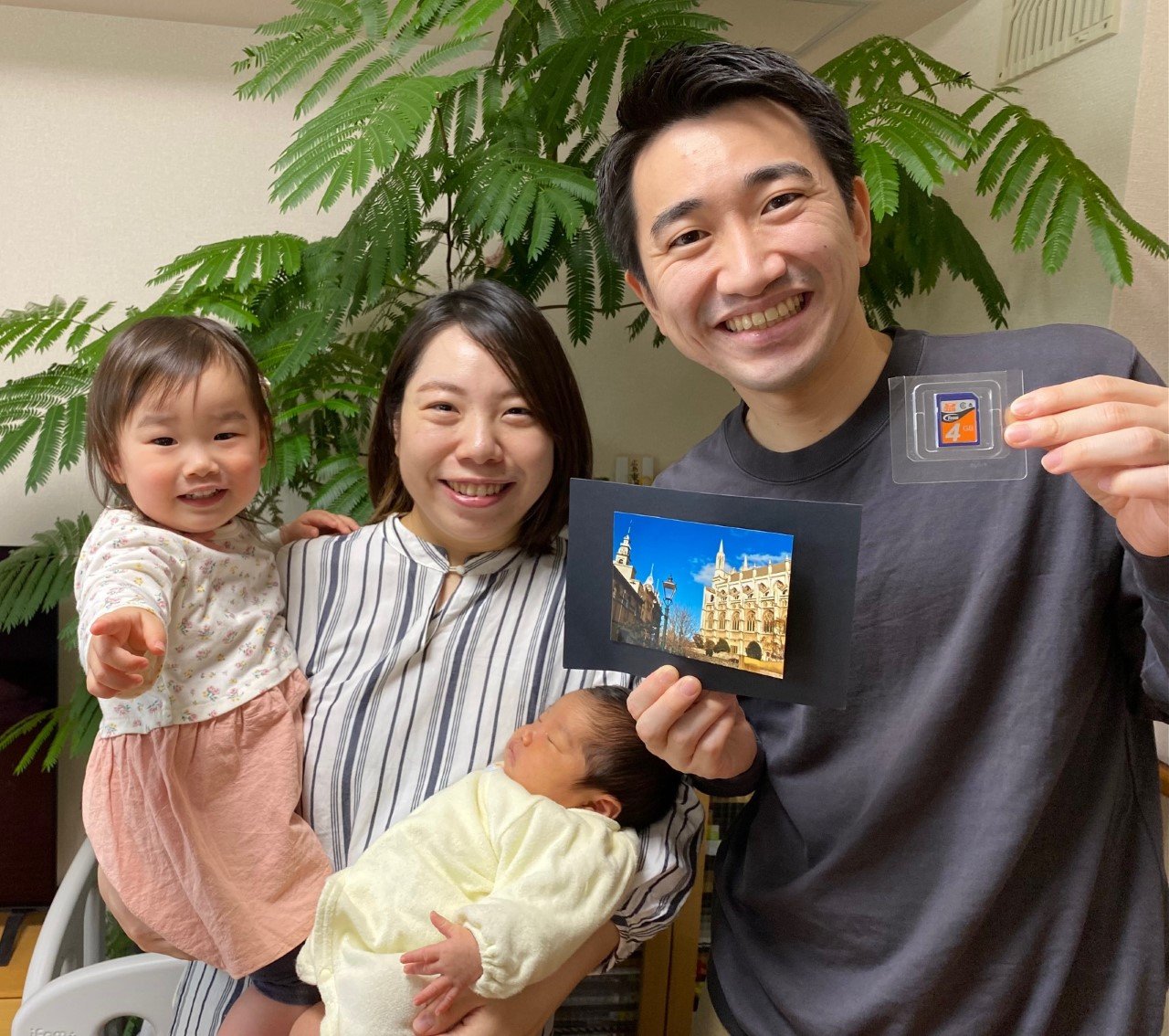 Akina Tominaga holds her daughters Itoha (3 weeks) and Fumika (2), while husband Shunya Tominaga shows the returned SD card and a photo Mrs Tominaga took of the Octagon during her trip. SUPPLIED
Playing with a pet rabbit, celebrating a birthday with cake, hugging your dog, taking part in sporting events.

These are some of the times people grab the camera to capture precious moments.

But what if your camera is lost and the digital card storing special memories is gone?

When Tama Sasaki, of Dunedin, picked up an SD card outside a supermarket 10 years ago she did not give it much thought, simply popping it in a drawer and forgetting about it.

While sorting through her SD cards she saw photos she did not recognise, including photos of a woman in hospital.

"I saw the lady was nearly at the end of her life at the hospital with her family around her."

Then she saw photos of a family gathering at a traditional Japanese funeral.

"I was so emotional and I thought I have to give it back to the family."

She posted on social media using photos of a pet rabbit and a woman playing with a pet pug dog and asked if anyone recognised them.

Someone observed buildings in the photos looked like the type of houses built to the east of Hiroshima city. 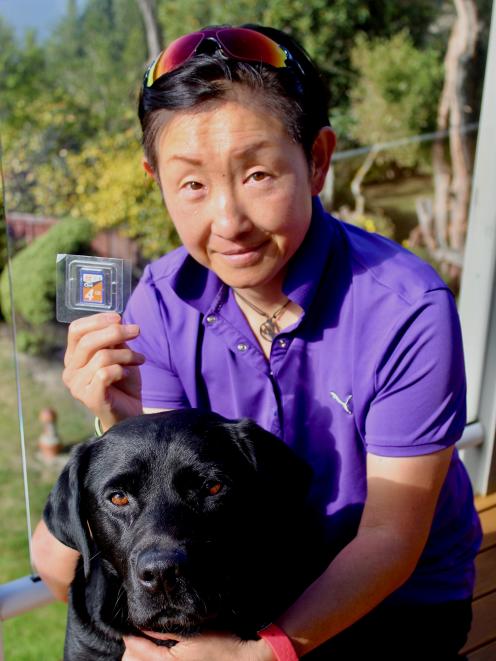 Tama Sasaki with her dog 007 shows the SD card she found 10 years ago filled with special family moments. PHOTO: SIMON HENDERSON
Looking through the pictures Miss Sasaki found a family name on a plaque at the entrance to a home.

Now with a possible location and a family name, Miss Sasaki contacted her sister Naomi Kitano, who lives in Japan.

Mrs Kitano was able to track down a phone number and despite being nervous about "a very dodgy phone call" she called the number.

A woman answered the phone and was able to confirm her sister Akina Tominaga had lost her SD card in New Zealand, so Miss Sasaki posted the SD card to the address.

Mrs Tominaga said when she got a call on April 1 about a lost SD card she thought it was an April Fool’s joke.

When a few weeks later the SD card arrived in the post she cried looking at the photos.

"I cried when I checked it because it was filled with happy and sad memories.

"I had that SD card in my camera case, but when I took the camera out, I think I dropped it somewhere."

Mrs Tominaga said she wanted to thank Miss Sasaki from the bottom of her heart for finding and returning the SD card.

"It was 10 years ago and my time in New Zealand has turned into days like a dream. There are many things I don’t remember."

Mrs Tominaga said one reason the SD card was important was it showed her mother’s funeral.

"At the time, my mother had been battling cancer for several years and had been in and out of the hospital repeatedly with anti-cancer drug treatment.

"I had always wanted to go to New Zealand, so I was upset, and I said back, ‘I’m going!’ emotionally.

"I wonder if my mother knew that she was going to pass away soon."

Miss Sasaki said as a Japanese woman who had lived in Dunedin for more than 20 years, she was amazed at the coincidence that she picked up an SD card showing a Japanese family.

"I’m relieved that I could send this SD card back to the family."