Ethnic diversity to be celebrated 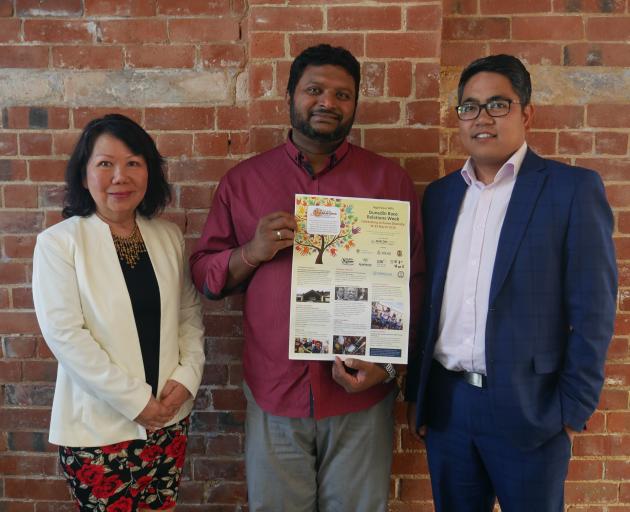 Nine-days of events will be held in the city, starting at the Araiteuru Marae on Saturday and ending at the Dunedin Railway Station on March 22.

The marae will host a powhiri for people of all ethnicities, cultures and countries to gather together under one roof to celebrate inclusiveness.

Dunedin Multi-Ethnic Council president Luxmanan Selvanesan said the closing ceremony would be in conjunction with Kotahitaka Day, a gathering of flags, performances and food.

The council has partnered with the Fringe Festival to host the street party on March 21, and will have its own stage showcasing different communities.

‘‘There will be lots of different ethnic food — so lots of great smells and tastes — and wonderful cultural performances from around the world,’’ council executive member Jay Pierce said.

The street party coincided with the International Day for the Elimination of Racial Discrimination, which was also about celebrating diversity.

‘‘The best way to do that is to showcase it, the food, see the dances, hear the songs,’’ Mr Pierce said.

Dr Selvanesan said the events were a chance for ethnic groups to show the wider community what they are all about.

‘‘I don’t think we have enough exposure for the public to learn about different multi-ethnic communities.’’

The council itself was made up of 14 people from different ethnic backgrounds who volunteered their time.

Dr Selvanesan was grateful to all the business partnerships, including the Dunedin City Council, and volunteers.