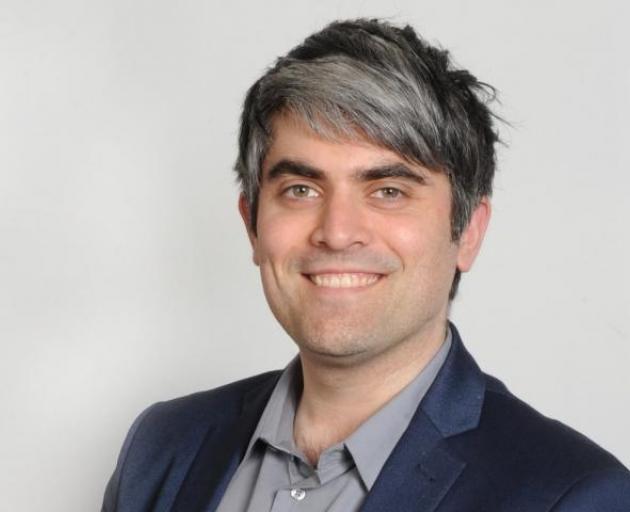 Councillor Aaron Hawkins. Photo: ODT files
A Dunedin City Councillor says he will ask councillors to officially support the preservation of Foulden Maar - adding the council can no longer remain neutral on a resource consent application for a proposed mine.

The former crater lake near Middlemarch contains deposits of diatomite, as well as fossils and climate data dating back more than 23 million years.

It is the subject of a controversial mining proposal from Australian company Plaman Resources, which wants to mine up to 500,000 tonnes of diatomite as an animal feed supplement.

Cr Aaron Hawkins said he was seeking "high-level support acknowledging [Foulden Maar's] significance", and intended to put a motion before the council at the next meeting on May 28.

He said he hoped that in a city "of education", where people prided themselves on the University of Otago - which contributed $1billion to the city's economy last year - preserving Foulden Maar would gain political support.

One mechanism to protect the site would be to make the maar an outstanding natural feature under the Resource Management Act.

However, he was not proposing any particular plan of action from the council, Mr Hawkins said.

"All I'm asking is that we take a position that recognises the importance of the site," he said.

By last night, more than 5700 people had signed an online petition calling on the Government to protect the site.

Mr Hawkins said he had not voiced an opinion on the proposal before, to preserve his ability to sit on a resource consent hearing panel.

However, letters sent to the Overseas Investment Office by Mayor Dave Cull supporting Plaman's proposal to buy a neighbouring farm, combined with the council's interest in any roading arrangements for the mine, meant the council could no longer be impartial, he said.

Deputy mayor Chris Staynes agreed the council could not remain an uninterested party.

He wanted to know the university's position on the mine, which he thought would inform any stance the council took.

Mr Cull, who is seeking clarification from Plaman on the details of the mine, could not be reached for comment yesterday.

Cr Andrew Whiley said he believed Mr Hawkins was "jumping the gun" by encouraging councillors to take a position at such an early stage and they should wait until they had all the information.

God forbid our representatives allow some jobs into the region, reversing a decade long trend. These have sat idly by whilst Dunedin’s great industrial heritage has been thrown on the compost pile. At one point Middlemarch hosted an ice cream factory. No more. The slow loss of good jobs is the goal, it would seem. Now they want to speed that loss up. We should judge by results, not words.