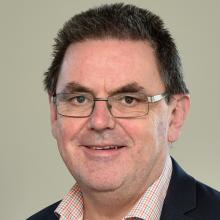 In all, 25 staff from the Southern District Health Board, WellSouth Primary Health Network, Gore Health and Waitaki District Health Services yesterday volunteered to go to Auckland and help ease the burden on exhausted health workers.

SDHB chief executive Chris Fleming said all health board chief executives met earlier this week to discuss how they could play a role in the mainly Auckland-based battle against Covid-19.

Yesterday he asked for volunteers, thinking he would do well to get six, and was overwhelmed at the number of people willing to leave home to help.

"All of our front-line health staff are inevitably in harm’s way whenever the virus presents in our community and they are all doing way more than their job.

"They are standing up for our community which speaks of the professionalism of each and every one of them."

Some volunteers left as early as last night, and many could be away for several weeks, Mr Fleming said.

"They are heroes and I acknowledge the sacrifice that their families and friends are making."

Southern health provision would not be affected, nor would Covid-19-related work such as vaccination or swabbing, he said.

There were 49 new community cases of Covid-19 reported by the Ministry of Health yesterday, all in Auckland.

After another day without a case in the South Island, Act New Zealand leader David Seymour renewed his call for it to be dropped down from Level 3 to Level 2.

"This is our future; 22 people who are isolating, who’ve had a negative day five test, can keep a million people locked down.

"It is an extraordinary indictment on the Government that what was initially a ‘short, sharp, lockdown’ takes longer than a whole infection cycle."

Yesterday morning there were 515 known contacts of the Auckland cluster in the South Island.

Fewer than five close contacts are in Otago and Southland.

However, Prime Minister Jacinda Ardern stood firm and said the South Island alert level, along with the rest of the country except Auckland, would not be reconsidered until Monday’s Cabinet meeting.

Northland was put into Level 3 at 11.59pm yesterday.

"We cannot be 100% certain that we know every single contact that was had in this outbreak, or how many of them may be in the South Island.

"It is better that we get this right and ensure that we do not find a positive case in the South while we’re at lower alert levels, which could have devastating consequences."

More than 200 Covid-19 tests were carried out in the SDHB region yesterday, while the vaccination rollout neared 285,000 doses having been dispensed.

It would seem we have plenty of spare staff at Dunedin hospital, we must have caught up on all the people needing surgery.