Yui Yamaki, from Yasuda Girls' High School, in Hiroshima, Japan, is among the speakers at a rally to commemorate Hiroshima Day in Dunedin yesterday, at the Peace Pole at the Otago Museum Reserve.

Thirty pupils from the school were among about 100 people who yesterday marked the dropping of an atomic bomb on Hiroshima on August 6, 1945, during World War 2. 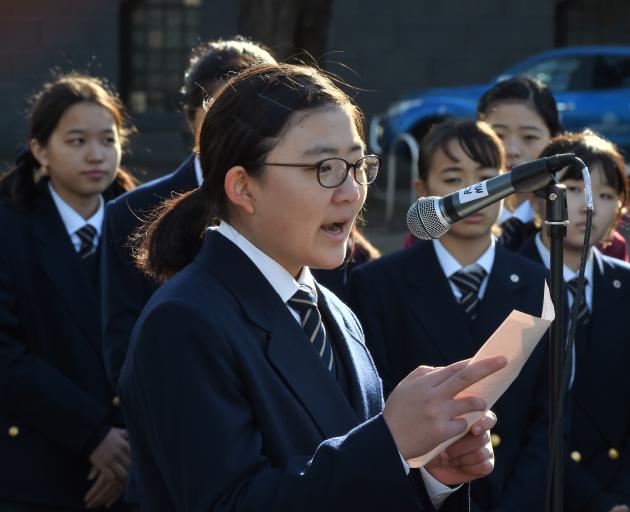 Photo: Gregor Richardson
Matthew Canada, an English teacher at the Japanese school, said the pupils were visiting as part of an exchange programme with Otago Girls' High School.