Insight into lives of Otago children 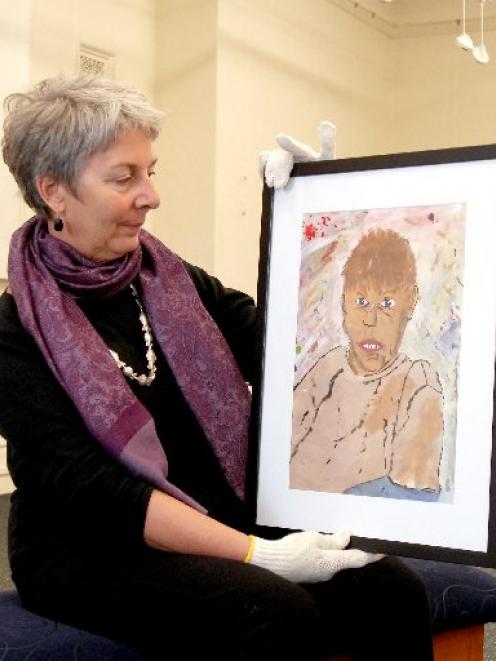 Dr Barabara Piscitelli, of Brosbane, prepares a self-portrait of Macandrew Bay School pupil Jakob Morgan (10) for the New Zealand Children's Pictures Diaries Exhibit at Dunedin Railway Station. Photo by Gregor Richardson.
A visiting art curator hopes an exhibit of works by Otago school pupils will give adults an insight into the lives of the region's young people.

The exhibit has been organised by Dr Barbara Piscitelli, curator of the Children's Art Archive in Brisbane, Australia.

Dr Piscitelli said the initiative was inspired by similar exhibits which had been held in Australia since 2004.

"I'm trying to build up a picture of who children are, where they live and what they like to do. The project [exhibit] is about getting children to tell their own story through art."

More than 700 works of art by children from Australia and New Zealand had been collected so far and were held at the State Library of Queensland, she said.

"From these works, we can see similarities and differences in what children like to do - particularly between boys and girls, and children who live in remote places compared to those living in cities.

"The way they look at the world is highly individual. It's filtered through personality and experience, and the way they are accepted in the community."

Dr Piscitelli said putting Otago children's art on display allowed the public to see how skilful, smart, competent and aware they were of their surroundings.

She has been visiting Dunedin this week to give keynote speeches at the 2009 Aotearoa New Zealand Association of Art Educators conference.

The exhibit closes on May 14.