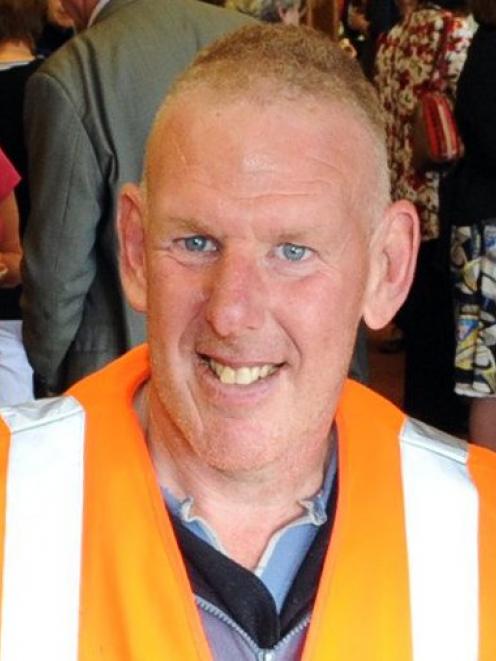 Tony Watts (54) is considered such a high risk of sex offending he will be under 24-hour supervision for 18 months. PHOTO: ODT FILES
A Dunedin man who sexually abused two girls was apprehended 40 years after his violations began and almost 30 years after the first victim came forward to police. The women whose police statements went missing told Rob Kidd about the pain of waiting decades for justice.

In the late 1980s and early '90s two women independently described to police how the same Dunedin man sexually attacked them.

Yet for nearly 30 years their "high-risk" abuser Tony Clive Watts (54) roamed free in the community.

Now police - who say they can find no record of the complaints - believe there are more victims and are urging them to come forward.

Watts appeared in the Dunedin District Court on a slew of sex charges in August and was deemed unfit to stand trial because of his intellectual functioning.

His overall ability to think and reason was assessed by a forensic psychologist as below that of 99.9% of same-aged peers.

As part of the process under the Criminal Procedure (Mentally Impaired Persons) Act, Judge Dominic Flatley accepted, on the balance of probabilities, Watts had committed sex acts on the two girls in the 1970s and '80s.

While the defendant avoided a criminal conviction he will spend the next 18 months under 24-hour supervision, the judge ruled.

Watts was considered a "high risk of sexual recidivism, including sexual offending against children", the court heard.

The first victim, who grew up in the same Dunedin neighbourhood as the defendant, moved to Blenheim in her teens.

In the late 1980s Georgina* told police the story of a childhood punctuated by sexual violence.

"I even gave them his parents and sisters names," she said

And then she waited.

"You have a lot of faith in the police. You expect them to do their duty, protecting people," Georgina said.

Did the complaint even makes its way to officers in Dunedin?

The police cannot answer those questions.

A spokeswoman told the Otago Daily Times officers had trawled through the archives, hoping to dig up historical statements or details of inquiries but found nothing.

They could only say that their protocols for investigating complaints had changed "significantly" since then.

In the early 1990s, Holly* approached Dunedin police with a similar story, recounting years of violations by Watts.

"They told me they would be in touch and I gave names of other potential victims," she said.

Both women said they were troubled teens, disengaged from the schooling system, haunted by the repeated ordeals of their childhood.

Each questioned whether police had taken them seriously.

Holly also moved away from the region but always expected to ultimately hear news of Watts' arrest.

"All through my life, I thought one day police will contact me and tell me he's locked up or he's dead," she said.

In December 2017, more than 20 years later, when Holly had moved back to Dunedin, she turned up for a shift at a restaurant where she worked as a waitress.

At the first table she served sat Watts - he was surrounded by people she knew.

"Instantly I thought of their kids," she said.

Coming face to face with the man who abused her was "like seeing a dead person", Holly said.

After the unexpected meeting in December 2017, she went to police for the second time.

Their inquiries led them to Georgina, who again told officers about the trauma she had suffered decades earlier.

Hearing he had been on the loose for 30 years left her bewildered and devastated.

"It was more than bone-chilling. I felt the system had let us down," Georgina said.

"I had so many mixed emotions. I felt physically sick."

Watts, she said, still cast a dark shadow over her formative years living in the semi-secluded community.

She described the way he isolated his victims as "very sneaky".

The memory that endures is of Watts standing atop a hill looking down on her, she said.

For Holly too, the impression her abuser had made on her life was indelible.

She had attended counselling consistently over the years as she wrestled with the demons of her past.

"It's always been there. It's never left me," she said.

The way the case had spanned decades, Holly told the ODT, had similarly scarred her and the outcome was dissatisfying.

"I don't think what's happened to him is good enough," she said.

"It was hugely different then," she said.

With specialist child protection and sexual assault investigators now in each region, it was highly unlikely such a situation would arise again, Ms Baron said.

Her concern - shared by the victims - was whether Watts had sexually abused other women or children.

The man appeared in the ODT in 2012, pictured at a morning tea for Dunedin City Council library volunteers.

A council spokeswoman confirmed Watts worked for Taskforce Green from 2009-15, an initiative that gives experience to people in areas such as landscaping, gardening, small project builds and general maintenance work.

"Taskforce Green volunteers are not police-vetted, but are at all times under the care of supervisors who are police-vetted," the spokeswoman said.

"Taskforce Green volunteers do not work with children."

Watts' lawyer Sarah Saunderson-Warner argued her client should be afforded permanent name suppression to assist his integration into the community.

But Crown prosecutor Catherine Ure rigorously opposed such an order.

"This defendant, without a doubt, presents a high risk of reoffending in a very short period of time. That's been established by the health assessors," she said.

"The public have a right to know what this man has done and his history."

Judge Flatley agreed and said there was no evidence publication of his identity would create an immediate risk to Watts' safety.

Georgina said bringing her tormentor to justice had been empowering.

"Today I'm here, the strongest I've ever been. I'm letting go of guilt that is not mine, shame that doesn't belong to me and the secret that no longer is mine," she said.

"We both know what happened over and over ... The evil threats that once scared me; I'm not scared of you any more."

Holly said she knew "100%" there were more of Watts' victims out there and she would not be satisfied until they had been interviewed by police.

"I don't feel like there's closure until there are more that speak up and come forward, so they can share their story," she said.

Anyone with information can contact Dunedin police, or email the Adult Sexual Assault team at Police National Headquarters on ASA@police.govt.nz.

They were appalling times of getting away with assault of women and girls.