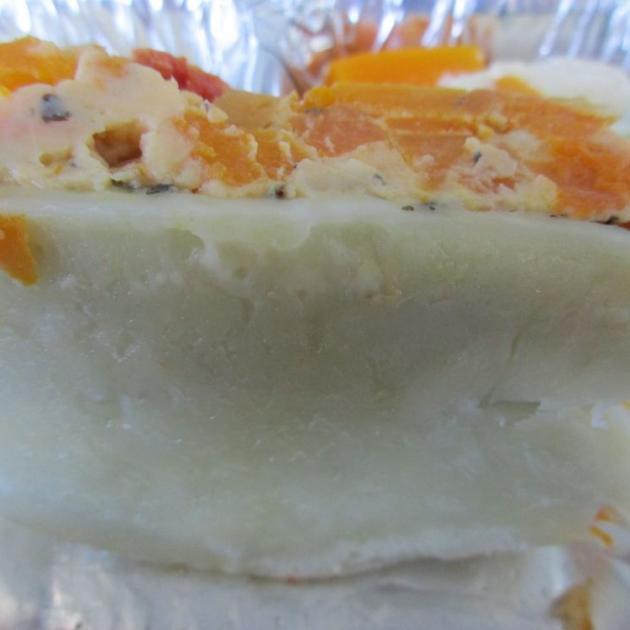 The vegetarian quiche withdrawn by the Compass Group. Photo: Facebook

Southern District Health Board bosses have requested a meeting with Dunedin South MP Clare Curran this morning to discuss the food service protest.

The protest is on Friday at noon outside Dunedin Hospital.

It comes as protest organisers confirmed Invercargill Mayor Tim Shadbolt and deputy mayor Darren Ludlow are supporting the call for the Compass Group food services contract to be terminated.

The health board commissioner team and chief executive Carole Heatly had arranged the meeting as a ‘‘catch-up'' with Ms Curran, but it was likely to be about the protest, she said.

The protest should not affect patients coming and going from hospital, Ms Curran said.

The neurosurgery march in 2010 attracted up to 10,000 people, who surrounded Dunedin Hospital with no issues.

She was not expecting that many on Friday, but there was a lot of interest, including a contingent from Invercargill.

'‘I've been in contact with the police, and the police are pretty cool about it,'' Ms Curran said.

In a statement to the Otago Daily Times, Ms Heatly said the board would be taking the ‘‘usual steps'' to keep accessways clear.

‘‘We expect protesters to respect the needs of others who need to access the hospital, and we are speaking with protest organisers to seek their assistance with this,'' Ms Heatly said.

Real Meals Coalition spokeswoman Anna Huffstutler said she was pleased high-profile Invercargill politicians were giving their support.‘‘We've got the momentum and the message is clear: No more hospital slop.

Yesterday, his office confirmed it had received about 20 letters or emails about SDHB food in the past month. Meanwhile, Compass said it was temporarily withdrawing a vegetarian quiche from its meals on wheels menu after a complaint the pastry was raw.

‘‘On investigation, we suspect the water in the vegetables has made the pastry soggy, something that should be avoided if the base was blind baked correctly.

‘‘We will not serve this menu item again until we are confident that this won't happen again,'' the company said in a statement last night.