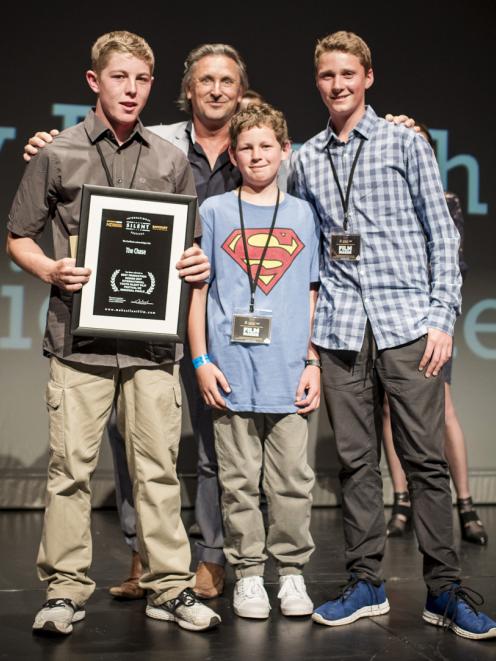 Two brothers from Middlemarch have come away grinning quietly after their film came second overall in the New Zealand regional final of an international film competition.

Benaiah's film was one of 12 finalists entered in the contest.

It came second in the competition and received three ''Best Of'' awards for cinematography, production design and shot.

For the four wins, the film received a total of $2250 in prize money.

Benaiah was pretty happy with the win and hoped to go overseas to take part in the IYSFF Global Awards Show in Portland, Oregon, in the northwest United States, next year.

All of the top three filmmakers from the New Zealand regional competition were invited to the final overseas.

The film was inspired by silent film-era star Buster Keaton and featured a chase through the Middlemarch township before an elaborate climb on a nearby bridge.

Benaiah wanted to thank the people of Middlemarch for their support in making the film.

He said it was a ''pretty good'' feeling winning the awards.

Benaiah had already spoken to the cast and crew who helped him make the film.

The film had six actors including Benaiah.

The top 12 silent films in the New Zealand region were screened at the awards ceremony at Baycourt Community & Art Centre, Tauranga.

Baycourt manager Megan Peacock said the bar was lifted in 2017.

''Thank you for putting your work out there. It is a very brave thing to do and good luck for the future... I look forward to seeing all your names in lights in the future.''

The awards were judged by scriptwriter and director Tim Balme and Bay of Plenty Film chief executive and director Anton Steel.