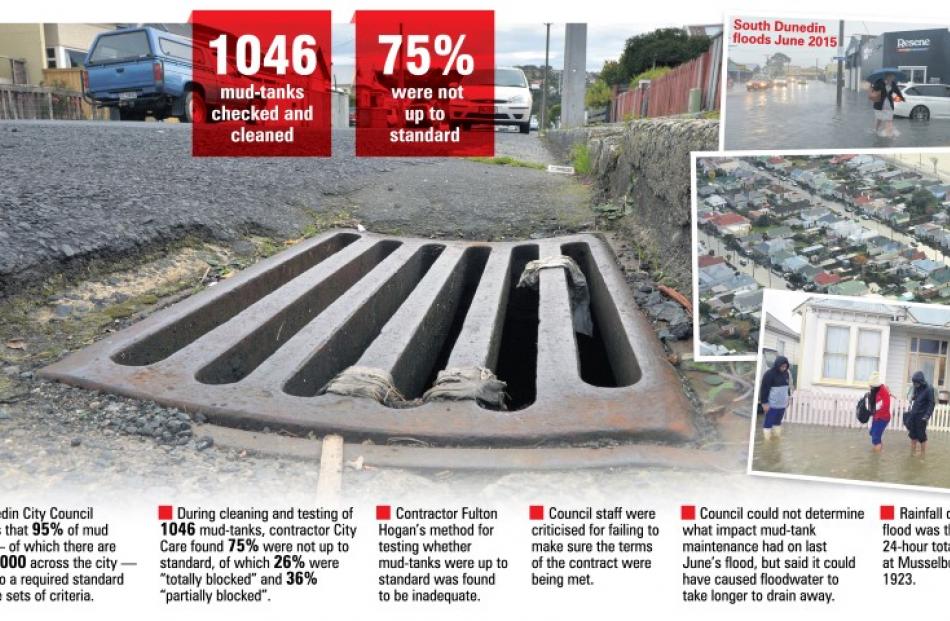 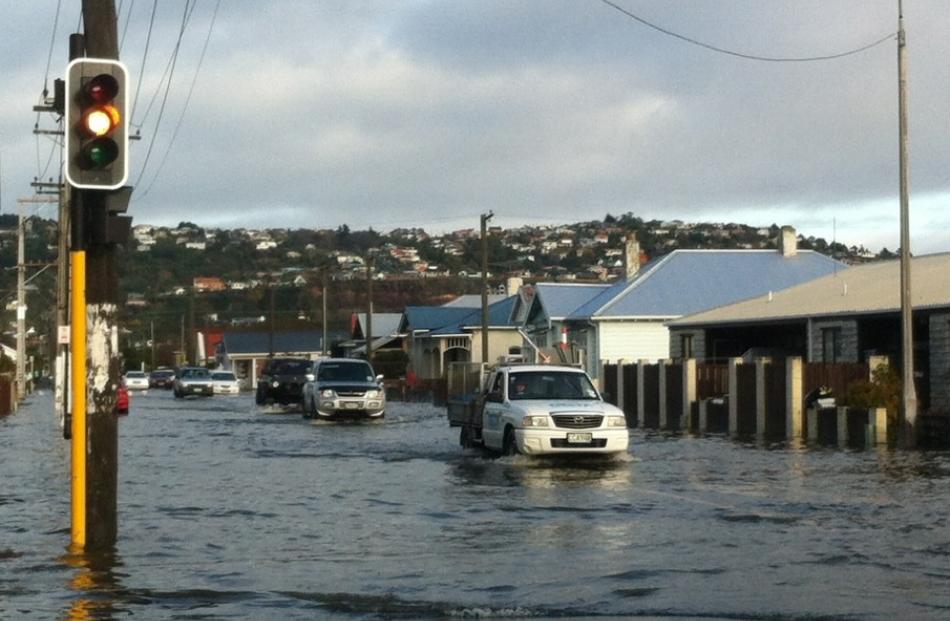 The report into last June's flood found 75% of mud tanks in South Dunedin were not properly maintained.

A long-awaited report into last June's flood has found 75% of mud tanks in South Dunedin were not properly maintained.

The Dunedin City Council report on the performance of infrastructure during the flood was released late yesterday and was critical of contractor Fulton Hogan's management of the city's mud tanks and oversight of that contract by council staff.

Following its release, Dunedin Mayor Dave Cull said he was ‘‘outraged'' at the ‘‘dual failure'' from Fulton Hogan and council staff.

Mr Cull also accepted he was wrong when he said last June he was confident maintenance of South Dunedin's water network was ‘‘completely up to scratch'', and blamed his comment on bad advice from staff.

Dunedin South Labour MP Clare Curran criticised the council for not admitting mud tanks were part of the problem and called on it to take responsibility.

‘‘I think it's not a long step to take that [problems] won't be isolated to the mud-tank component of roading maintenance,'' Ms Stokes said.

The council was in discussions with Fulton Hogan to ensure it was fulfilling its contract to maintain mud-tanks across the rest of the city.

She declined to comment on whether council staff would be disciplined or sacked as a result of the report's findings.

A Fulton Hogan spokeswoman said in a statement last night it was confident it fulfilled the requirements of the contract.

‘‘We are confident our duties were performed under our agreement with DCC, as was shown in the audits of mud-tank maintenance jointly conducted with DCC engineer's department throughout our contract.

‘‘Due to the age and historic nature of the stormwater network, including the mud tanks, effective maintenance is a challenge.''

Over the next few days, it would study the report closely to take on board any lessons.

‘‘We are part of the community and proud of our contribution to the city and will continue to work hard and constructively for the DCC and the people of Dunedin.''

The long-awaited report, which is authored by Ms Stokes and will be tabled at next week's infrastructure services committee, found 75% of mud tanks were not up to the standard required in the council contract.

However, council staff could not determine what contribution the lack of mud-tank maintenance had on flooding on June 3 and reiterated flooding would have occurred even if the system had been running at full capacity, due to the severity of the weather event.

The report said the way Fulton Hogan tested mud tanks to ensure it was meeting the terms of its council contract, which required that 95% met three different sets of criteria, ‘‘cannot be relied upon''.

It also found no data was kept before July last year on whether Fulton Hogan cleaned mud tanks in response to complaints from residents about them being blocked.

In a separate issue, it found the screen on the Portobello Rd pump station was unable to be cleared of debris due to the severity of the flood, an issue that would be fixed when modifications were made this year.

‘‘Although Portobello Rd's performance did explain some of the length of time flooding was evident, much of the flooded area was below the road level, which once flooded will remain so until pumped away or groundwater levels drop to allow absorption,'' the report said.

As a result of the report's findings on mud tanks, the council had brought forward a ‘‘renewed focus'' on road-maintenance contract management, with a view to having a new system in place by the start of July.

When the road maintenance contracts come up for renewal in July, mud-tank maintenance would also be treated as a separate contract.

The report also raised longer-term issues about the state of South Dunedin's infrastructure and said further work would be done to find out what investment was needed.

It found changes in South Dunedin meant the stormwater network, much of which was installed in the 1950s and 1960s, did not perform as well as intended when built.

This included the expansion of hard surfaces, which had increased the amount of rainfall that needed to be dealt with by the stormwater system from 45% to 60%.

When contacted last night, Ms Stokes did not shy away from criticising council staff and processes for a lack of oversight, saying ‘‘it's not good enough'' and change was happening.

‘‘We have discovered that there is a huge area of improvement for us in our roading maintenance and that's evidenced with what we found with the mud tanks.

‘‘Our performance in this space has fallen well short of what my expectations and our expectations should be of our administration of these contracts.‘‘And we are investigating that thoroughly at the moment.''

Mr Cull said it was particularly concerning issues with mud-tank maintenance had previously been brought up by Cr Lee Vandervis, but problems identified were not properly addressed.

He echoed council staff when he highlighted the magnitude of the weather event meant flooding would have occurred even if the mud tanks were clear.

‘‘We now have it confirmed that was the second-most extreme rain event since records began in 1918.

‘‘We know that even if the whole system had been clear and the Portobello Rd [pump station] had been working at maximum capacity, there still would have been a flood.

‘‘Because the rainfall intensity exceeded the capacity of the system, even working at its best, for 17 whole hours.''

He did not believe the council was protecting itself by saying it could not determine the impact mud-tank maintenance had on flooding, saying staff had modelled the flooding as ‘‘best they can''.