New Spider is good to grow 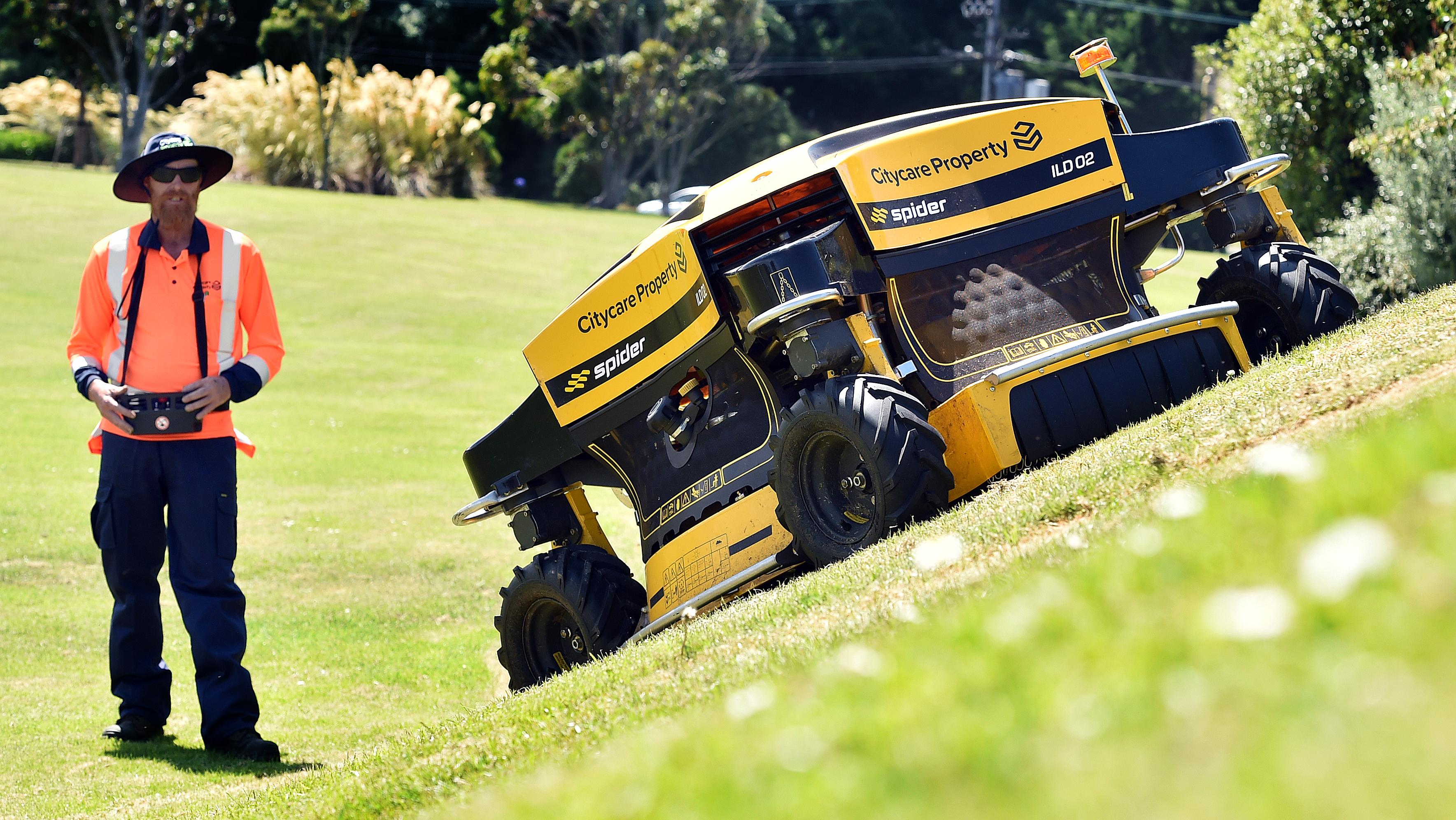 But if you see this one coming towards you, you should be OK if you just get out of its way, Citycare Property operations manager Wayne Carling says.

An ultra-rugged four-wheel-drive Spider mower arrived in Dunedin this week, and will be used to mow the city's steep banks following comprehensive operator training.

"Dunedin has a number of slopes that are steep and tricky to mow using conventional ride-on mowers.

"The Spider mower is low-weight and fully remote controlled, and is capable of moving both forward, sideways and completing a 360-degree turn - hence the name Spider mower.

"The Spider mower also has a winch capability, enabling its safe use on very steep and slippery slopes."

It could work on slopes of up to 55 degrees and cut 7000sqm of grass per hour.

Mr Carling said those qualities meant Citycare could now access some of the spots that had been troublesome in the past, in a safer way.

"The remote-controlled features mean that operators do not have to work in potentially hazardous areas, and do not have to walk repeatedly up and down steep slopes with weed eaters.

"It also means staff will not be exposed to the vibrations and fumes typically experienced from traditional mowers.

"These were important considerations for us in choosing to deploy the mower."

It joins a growing inventory of innovative and environmentally sustainable maintenance equipment being used by Citycare in recent months.

The organisation also has electric ride-on mowers, electric stand-on mowers, thermal weeding units and a robotic mower that is in a trial phase, he said.