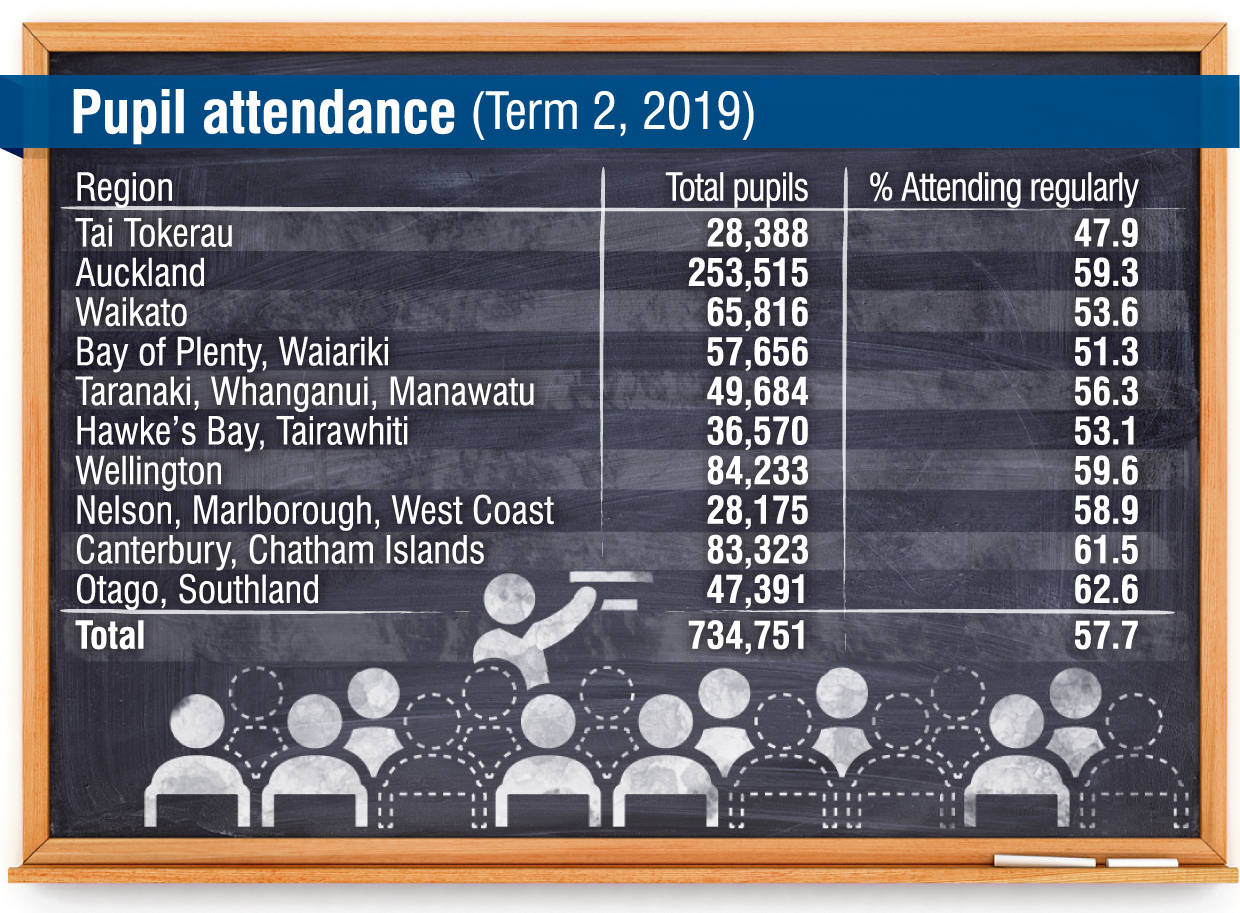 About one in three Otago and Southland pupils are not attending school regularly, a Ministry of Education survey shows.

Regular attendance is measured as being at school 90% of class time.

This reflects an international standard and acknowledges that sometimes pupils are unable to attend for unavoidable reasons, such as illness.

The national average of pupils attending class regularly was 57.7%, and some regions dropped as low as 47.9%.

Regular attendance in New Zealand schools has been declining over the past decade, prompting the Government to remind parents and caregivers that they need to ensure their children go to school unless they are sick.

‘‘If students aren’t at school, they’re not maintaining relationships with peers and staff, and their learning is compromised.’’

What was more concerning was the problem was getting worse.

‘‘It’s due to a number of factors. One factor is how many more families are taking their kids out of school to have overseas holidays.

‘‘I also think parents are finding it far more of a challenge to get their children to school than it has been in the past.

‘‘I think that’s for a whole lot of societal factors, including mental health and fractured families, etc. Often when families are under stress, you see it in the non-attendance of children at school.’’

Associate Education Minister Tracey Martin said attendance was a ‘‘tricky’’ thing to talk about at present, given the fears around the coronavirus.

‘‘But it is clear from the patterns of absences — they are worse on Mondays and Fridays, and 22% of students weren’t at school on the last day of term — that something else is going on.’’

The statistics showed attendance was better at primary school and deteriorated at secondary school, and non-attendance rates were higher for girls.

She said the Government and Ministry of Education were making changes to address the issue, but parents and schools needed to take it seriously too.

“Research shows that every day away from school can affect results.

‘‘For example, students attending 95% of days in year 10 later get an average of 75 credits at NCEA level 3 — more than enough to achieve the qualification.

‘‘For students attending year 10 for 85% of the time, only about half go on to achieve NCEA level 3.”

Mrs Martin said the ministry would be communicating with schools and parents, and a social media programme would be launched soon to remind parents about the importance of attendance.

“It is also changing the way attendance data is collected. All schools will be asked to record attendance across the year and the codes used will be reduced and simplified to make the process easier and the data more useful.”

A number of wider education changes under way would also help with attendance.

At a national level, these included supporting schools via the Learning Support Action Plan and redesigning and improving Alternative Education provision, she said.