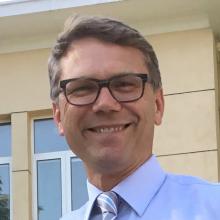 Paul Goldsmith
A new school of rural medicine will be set up to produce an extra 60 doctors per year, but the Government is yet to settle on which university will run it.

Tertiary Education Minister Paul Goldsmith's announcement this morning is the Government's response to competing proposals between Waikato University, and the Auckland/Otago universities.

Instead of choosing one of two rival bids, the Government opted for a contestable bid open to any university.

"We are encouraged that the Government is focusing on a solution that meets the needs and very specific challenges in rural areas.

"We are pleased that there is a commitment to increase the number of rural doctors, and we see this as good news for rural communities.

"We look forward to working with our partners and the Government to develop a case for an integrated rural health workforce.

The university believed all healthcare professions needed to be included in the process so the solution could best meet all the healthcare needs of people in rural communities.

Mr Goldsmith said the new school would aim to meet the challenges faced by high need and rural areas.

``Every New Zealander deserves quality healthcare services, and we want to grow the number of doctors in rural and regional areas to make it easier for people in those areas to access other key health services.

``I want to thank the University of Waikato and the Waikato DHB for putting forward the initial proposal, and Otago and Auckland medical schools for their joint proposal.

``The Government will now run a contestable business case process to consider all options for delivering the new School of Rural Medicine, and ensure it meets the needs of rural New Zealand.''

The Government would choose the successful applicant next year, and the school would be up and running by 2020.

The cost of the new school was not known yet, and would depend on the bids.

Waikato had asked for about $300 million over ten years in its initial proposal.

``The Government is committed to growing our medical workforce to meet the needs of a growing and ageing population,'' Mr Goldsmith said.

Waikato University teamed up with Waikato District Health Board to run a strong regional lobbying campaign that pressured the Government in the lead-up to the general election.

The bid was countered by Auckland and Otago universities, which said New Zealand did not need a third medical school, but proposed a joint rural school of medicine to support an increase in GP training.

"Rural and high-needs communities have suffered decades of neglect from the two existing medical schools, so the solution needs to be a fundamental change in the way that we select and prepare medical students for community service."