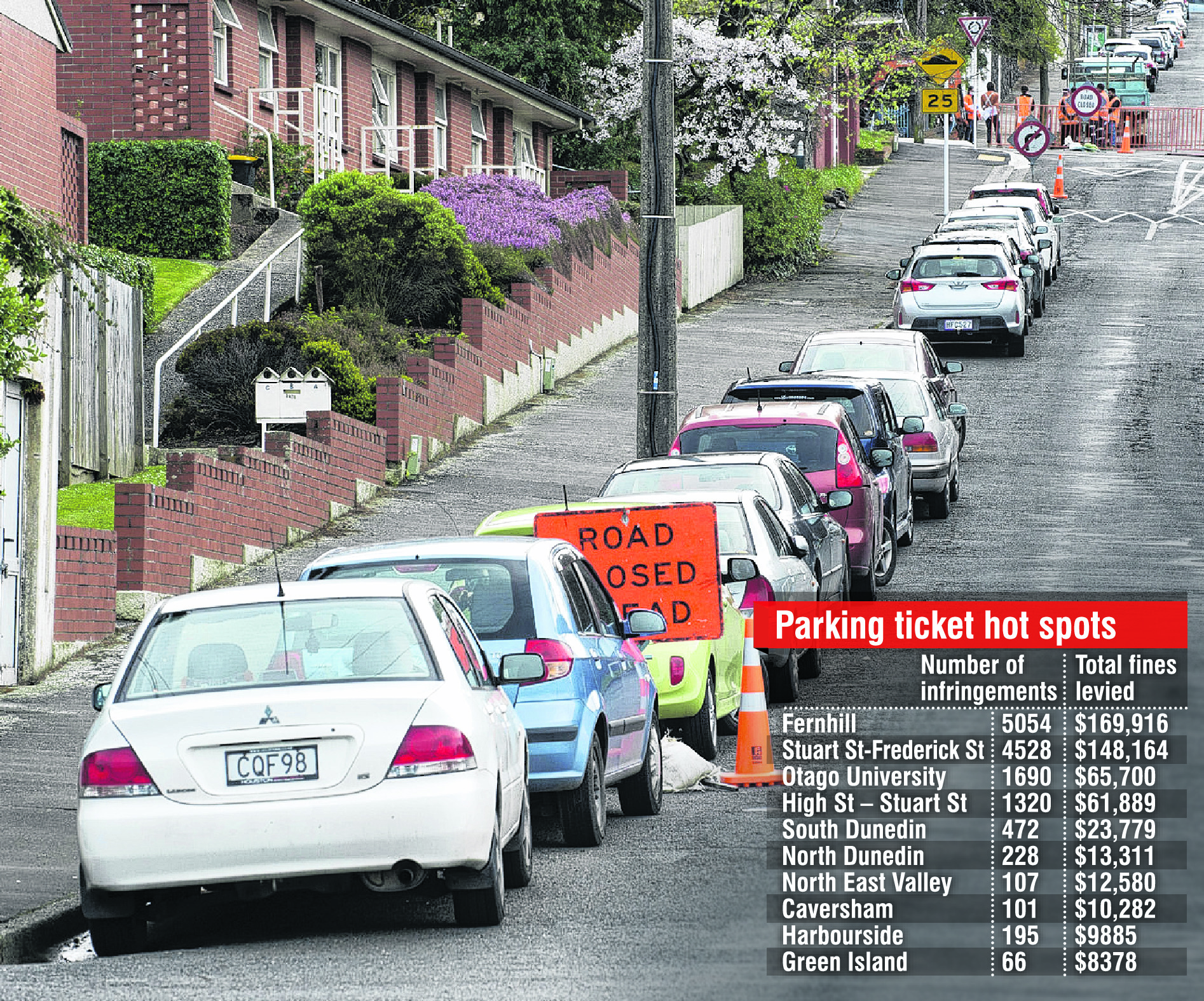 Figures released by the Dunedin City Council show there were 39,231 parking infringement notices issued between July 1 last year and June 30 this year, totalling $614,887.

The most lucrative day for fines was January 28 of this year, when 133 infringement notices totalling $5355 were issued.

The unluckiest parker of the year was probably the driver who picked up a $40 fine in Sawyers Bay on New Year’s Eve, the only person in the city to receive get a parking fine on the last day of 2020.

City Rise was the area that attracted the most fines — 5054 infringement notices worth a total of $169,916.

At the opposite end of the spectrum, St Kilda Central attracted just two fines for the year, worth $80.

Not everyone who received a fine was inclined to pay it; 668 fines were lodged with the Ministry of Justice due to non-payment throughout the year.

Others requested to have parking tickets waived — there were 3220 appeals, 1242 of which succeeded in having fines struck off.

There were six instances of the largest individual fine of $600, issued to commercial vehicles failing to display a current certificate of fitness.

The cheapest fine possible, $12 for exceeding parking time limits by less than 30 minutes, was issued 2743 times.

$614,887 that's good only another $148998 required and they can pay those bludgers with those dumps called heritage buildings.

Probably a loss when you factor in hours of the wardens, vehicles, administration, equipment/maintenance.

Just give us free parking

Free parking is a good idea in theory, but in practice CBD workers would park all day and you'd never find a park. Retailers would hate it.