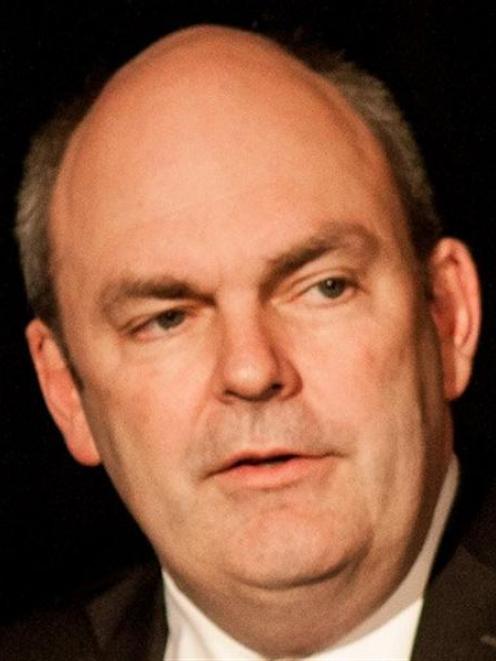 Steven Joyce
Labour's policies would be damaging for Dunedin's economy and its plan to revive Hillside Workshops shows it is out of date, Economic Development Minister Steven Joyce says.

In contrast, Rail and Maritime Transport Union (RMTU) hailed the plan to revive Hillside as bringing hope to former workers yet to find skilled work since losing their jobs in 2012.

Mr Joyce said the claim National had neglected the city, made by Labour leader David Cunliffe yesterday, was false and, in fact, its ''policy mix'' had resulted in 23,000 extra jobs for the Otago region in the last five years.

That equated to an average of 4600 jobs a year, which was more than the 3000 Mr Cunliffe had promised for its entire term.

''On the one hand, I understand Mr Cunliffe's lack of ambition. A Labour-Greens government with at least four big extra taxes and large amounts of extra spending and the high interest rates that go with it would be a massive drag on the Otago economy,'' Mr Joyce said.

Reviving Hillside was ''unrealistic'' and the ''world has moved on from those days'' when it was at full strength.

''The Hillside Workshops were from another period and actually, time has changed. Investment has grown in other areas.''

Companies in other sectors, such as ADInstruments and Language Perfect, were growing ''their businesses flat out'', he said.

''I think ... Mr Cunliffe is once again just trying to say things that people want to hear and I understand that, given where he is in the polls.''

RMTU South Island organiser John Kerr, who was in Dunedin for yesterday's announcement, said it was ''completely behind'' the plan to revive Hillside.

The news would be especially welcome for workers who had found only low-skilled work since losing their jobs in 2012.

''I think they will be delighted by this. It will have given them something very precious and that's hope,'' he said.

Despite the fact some of the about 90 workers who lost their jobs in 2012 had left Dunedin, he believed there was a still a good enough ''skills base'' to work for revived Hillside.

''We are optimistic that this can work.''

He disagreed with National's claim reviving Hillside was backwards looking.

''I think that all that has happened in the free market under National is that workers and ordinary New Zealanders have become worse off.''

Mr Woodhouse said the claim the Government had neglected Dunedin Hospital was ''complete nonsense'', as during its two terms it had upgraded the emergency department, intensive care unit and psychiatric ward and ''completely rebuilt'' the children's ward.

''If there was any neglect it was by the [last] Labour government, who, in the best of times, never did a thing for Dunedin Hospital to fix up some fundamental issues.''

National had committed to Dunedin Hospital being the ''top of the list for an upgrade'' and, unlike Labour, it was waiting until it had the proper information before releasing a time-frame.

''I've run hospitals. I know how hard it is to master-plan for a new facility and I don't believe it's appropriate for anyone ... to make bold but irresponsible claims about timing.''

''We wouldn't be so arrogant to put such a time-frame on it until we had better information.''