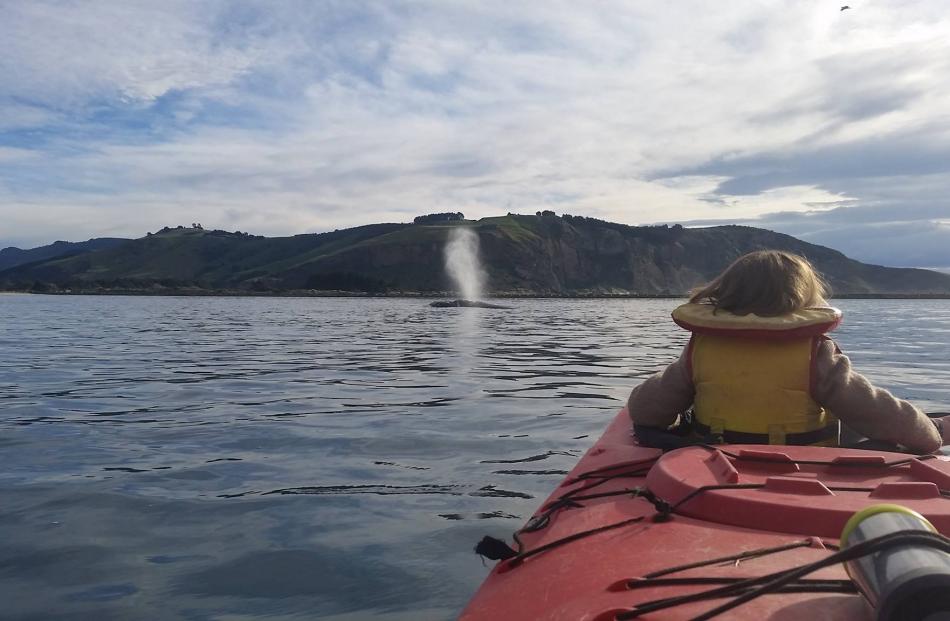 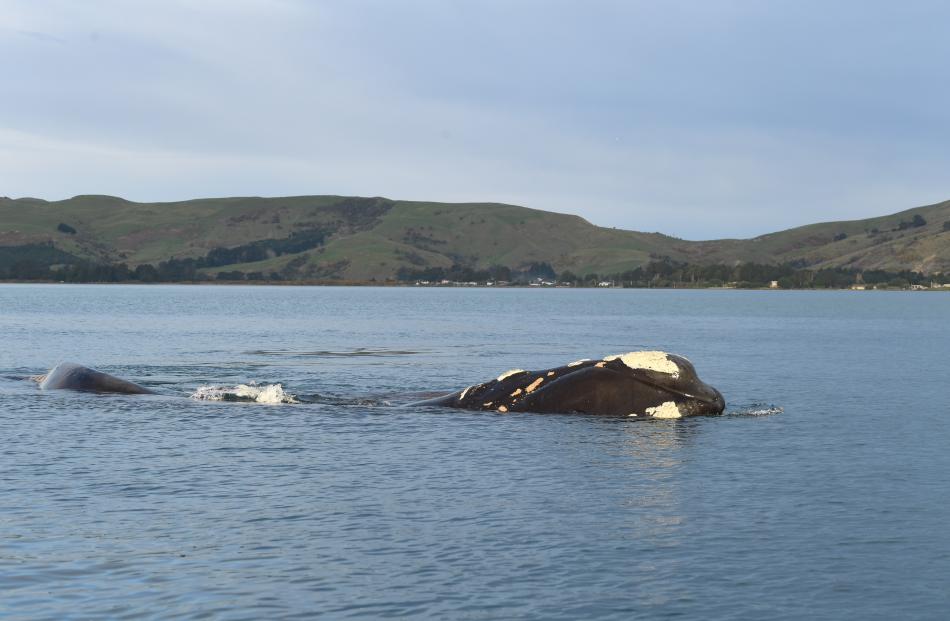 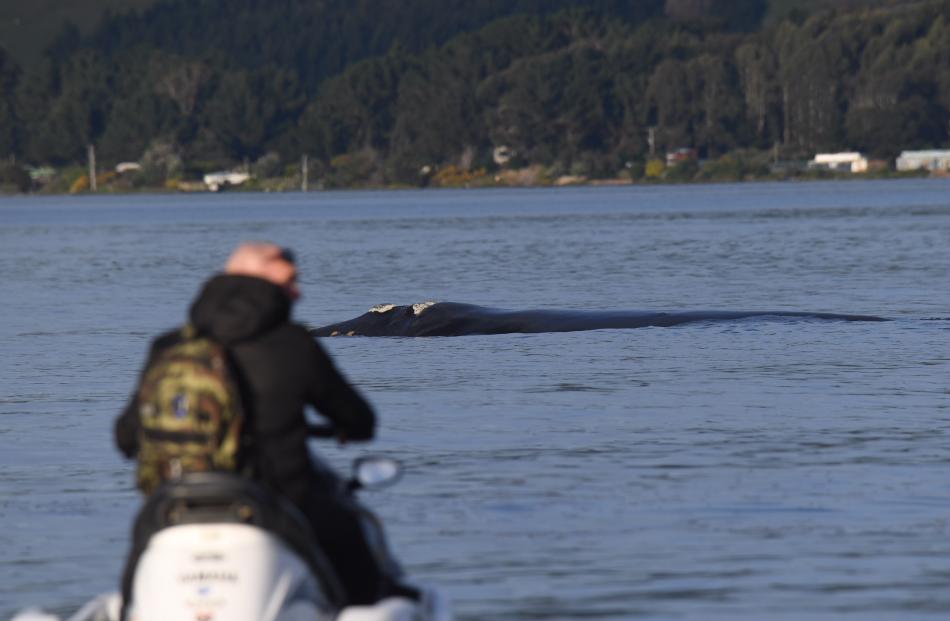 A jet skier gets up close and personal with a southern right whale in Otago Harbour. Photo: Stephen Jaquiery

Two southern right whales have been spotted in Otago Harbour this weekend.

The mother and calf were first seen near Deborah Bay, just past Port Chalmers about 4pm yesterday, and were in the harbour again today.

Any spare section of road or grass between Carey's Bay and Pulling Point was taken with parked cars and onlookers mesmerised by the rare visitors to the harbour on Saturday.

Those lucky enough to have a boat or yacht at their disposal were given a close encounter with the giant mammals as they swam about 300m from shore.

Returning fishing ships stopped on their way back to port so those on board could grab their phones and take a photo.

The sighting comes just weeks after a humback whale was spotted in the same area.

John McCafferty, who saw the whale from a kayak in the harbour, said the experience was "humbling", and "ridiculously beautiful".

Royal Albatross Centre operations manager Chris McCormack said that whale sightings had become more frequent in the past few years, with both humpbacks and southern right whales the most commonly seen.

• Ensure that you travel no faster than idle or ‘no wake’ speed within 300 m of any marine mammal.
• Approach whales and dolphins from behind and to the side.
• Do not circle them, obstruct their path or cut through any group.
• Keep at least 50 m from whales (or 200 m from any large whale mother and calf or calves).
• Swimming with whales is not permitted.
• Idle slowly away. Speed may be gradually increased to out-distance dolphins and should not exceed 10 knots within 300 m of any dolphin.