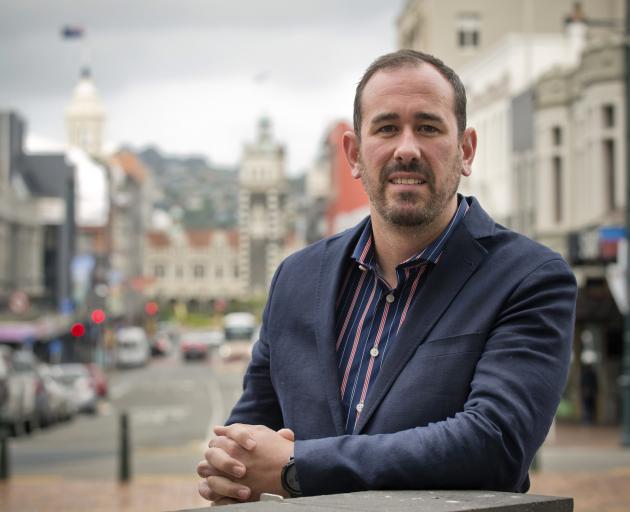 The Dunedin City Council’s new heritage adviser, Mark Mawdsley, in the Octagon last week. PHOTO: GERARD O’BRIEN
Bridging the gap between the desires of the community and the needs of developers is key to protecting the city’s built heritage.

Mr Mawdsley said Dunedin had fantastic heritage buildings and he was excited to get to work.

"It’s got a really good heritage identity in the city, and things like the warehouse precinct which have happened recently really revitalised the way the city operates and shown a good example of what can be done with heritage buildings."

He saw his role as acting as a custodian for the city’s historic buildings, and it was important to balance the needs of private owners with the needs and wants of the community.

Dunedin had many passionate heritage advocates and he was looking forward to meeting and working with them, he said.

The move to Dunedin is a homecoming of sorts for Mr Mawdsley, who grew up in Invercargill.

After high school he moved to Wellington, where he completed his bachelor of architecture degree at Victoria University before moving to Sydney, Australia, to work.

He returned to New Zealand in 2015, working in Waikato while also completing a master’s degree in heritage conservation through the University of Auckland.

Mr Mawdsley said one of the first projects he was getting his teeth into was the next round of the Dunedin Heritage Fund, for which applications close on January 31.

"There’s some really exciting opportunities for people to do some conservation work. That fund contributes to things that people wouldn’t be able to otherwise justify or afford."