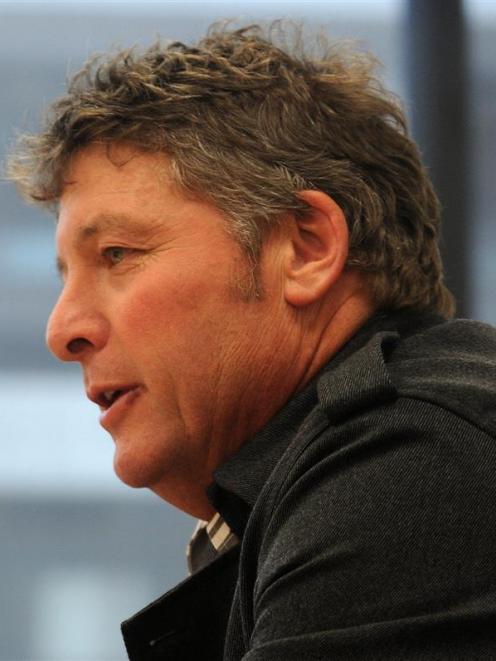 The modelling formed part of work on 11 integrated catchment management plans, together covering most of Dunedin, developed by the council over the past three years.

The plans would help shape future investment in the council's water network, as well as other planning decisions, as part of the council's Three Waters strategy for water, stormwater and wastewater networks up to 2060.

Council staff worked with consultant Opus on the modelling, which predicted the impact of 14 scenarios - including climate change, a rising sea level and a one-in-100-year flood - across the city, if left unchecked.

A report was presented to media by Cr Andrew Noone and council staff yesterday, although maps detailing the worst-affected areas would not be made public until councillors discussed the results at next week's infrastructure services committee meeting.

The catchment plans would also be presented to the Otago Regional Council next week, as part of an application to renew existing stormwater discharge consents for 35 years.

A sea level rise was expected to lift the water table higher still, causing more run-off and adding to the pressure on stormwater systems, he said.

That would happen because climate change predictions forecast an increase in high-intensity rainfall events in Dunedin, he said.

The result would be an increase in flooding when the combined effects overloaded stormwater networks, the modelling confirmed.

The results would be used by the council to plan for future infrastructure spending in the areas facing the most critical problems, Mr Mackie said.

That could involve adding larger pipes and other infrastructure, paid for by the council's annual renewals budget, which was already forecast to more than double to $19.68 million by 2019-20.

"We don't want to be raising undue concern, because this is about how we plan the response and how we design the infrastructure to cope with that sort of effect."

However, Mr Mackie confirmed it might also involve abandoning some "isolated" homes in parts of South Dunedin, where engineering solutions were not affordable, as well as involving development restrictions.

Those issues would be for council planners and councillors to make at some future point, he said.

"Those decision points haven't been reached yet ... It needs more investigation before we can make any hard decisions on that."

The work came after University of Otago Emeritus Professor of Geography Blair Fitzharris last year identified South Dunedin, St Kilda and St Clair as trouble hot-spots in a report on the likely impacts of climate change in Dunedin.

However, his report also said Dunedin had time to adapt to the likely impact - something Mr Mackie and Cr Noone were keen to stress yesterday.

South Dunedin's problems were "just the reality" of living in a low-lying area, and the council's catchment plans were "prudent" forward-planning rather than "a doomsday book", he said.

The work by Opus and council staff was ground-breaking, with interest from outside Dunedin in the project, although he would not give details.

The council's stormwater consents were due to be lodged with the ORC next week, and would likely be publicly notified, with submissions and a hearing next year.