Speedway meeting cancelled due to rain 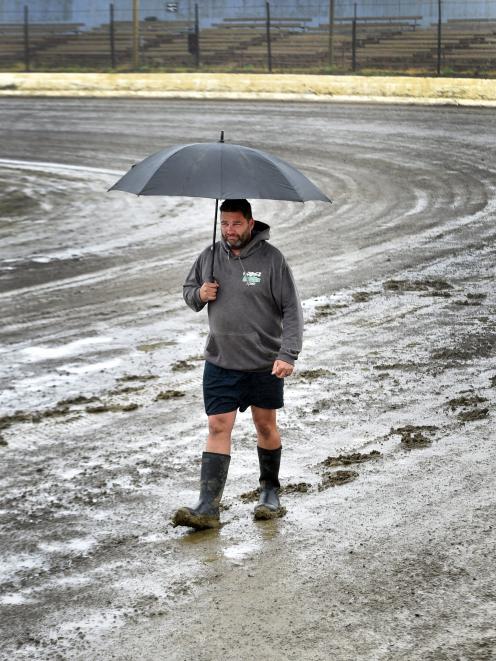 Beachlands Speedway club president Matt Stewart said the cancellation of the Super Saloon Mag and Turbo Cup left the club down about $5000 to $7000.

Although it was a rough financial hit, it was the risk the club took by running events, he said.

Ticket sales were the main source of revenue.

More than 130 drivers and 2000 spectators had been expected to attend.

Those drivers would still be able to compete in events at other tracks around the region this week, weather permitting, Mr Stewart said.

The decision to cancel the event was made about 1.30pm.

It was disappointing, but there was no other option, he said.

If the rain had fallen earlier in the day and cleared up, the team could have repacked the mud and treated the track in time, but that was not possible with such late rain, he said.

Out of the seven events the club ran annually, about two were usually cancelled because of adverse weather.

The club would be holding more meetings on January 21 and 22, which would hopefully be under better conditions.