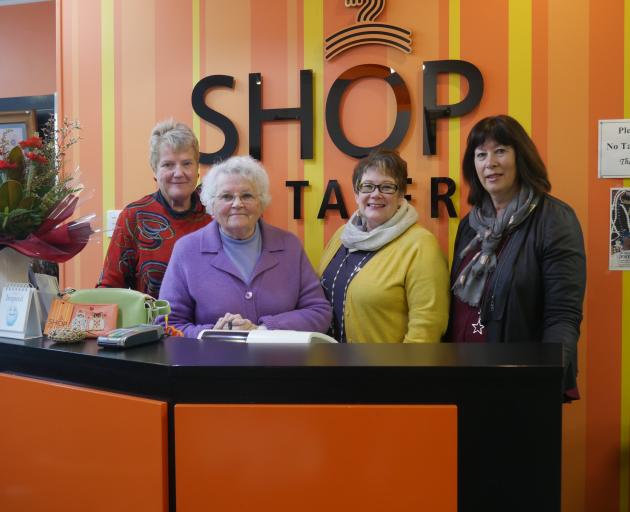 Shop on Taieri is under new ownership.

The shop, in Gordon Rd, was ‘‘gifted’’ to the Saddle Hill Foundation Trust by Presbyterian Support Otago (PSO) on July 2.

The trust was established by East Taieri Church, and trust representative Lisa Wells said the shop was a very generous gift from Presbyterian Support. The organisation decided to offer the shop to churches in Taieri because it was not contributing meaningfully to raising funds for Family Works using its business model, the lease was up for renewal and the manager’s role was vacant.

Mrs Wells said the trust thought it would be a good opportunity to get involved in business in Mosgiel, as it already provided other services, such as youth programmes, to the community.

‘‘If everything goes well and we make some money then we’ll be able to put the money back into some of the other community programmes that we offer across the Taieri.’’

It was a way to mix social objectives and business objectives, she said.

It will also retain its name and location.

While things may slightly change over time, it was not the trust’s intention to make any ‘‘radical’’ changes, she said.

‘‘I think things adapt and change over time in their own way, anyhow.

‘‘So it will still be the great little op shop on the Taieri.’’

Most of the volunteers would remain and some new ones were expected to join. Fiona Smaill was hired as the new manager.

Mrs Smaill said new volunteers and donations to the shop would be welcome.

Mrs Wells said the trust had three weeks to get ‘‘all the elements of running a business’’ organised and still had to get a few things sorted.

‘‘It happened very, very quickly.’’ PSO would help the trust until it could ‘‘stand on our own feet’’.

‘‘That’s just part of the generous way that they have treated us.’’

PSO communications and marketing manager Warren Rosser said the ‘‘transition’’ would not impact the other services the organisations provides to the Taieri community and it would continue to operate its charity shops in Dunedin.