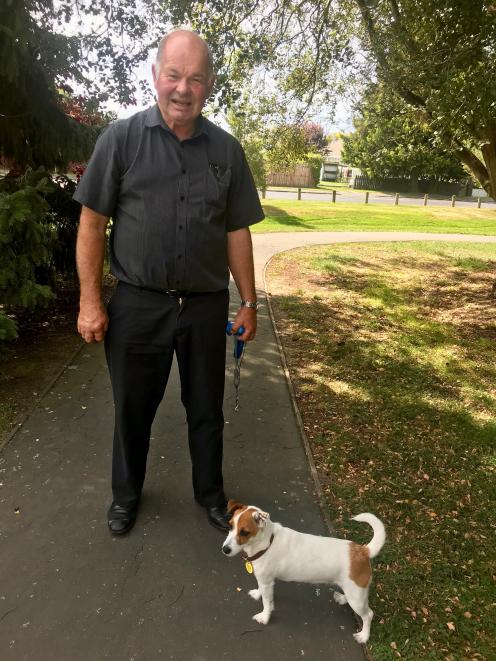 Party in the Park returns to the Mosgiel Memorial Gardens, after two years in Peter Johnstone Park, and it is important to Mr Chalmers the event goes well.

In part, it is because he took on his present role part-way through last year and is determined today's event should be a success.

“This is more a boutique venue than Peter Johnstone Park,” he said.

“It is much more user-friendly and sheltered, too, with proper toilets and a special enclosed area in the playground for tiny tots.”

He said the return to its home ground was a reminder Party in the Park originated some 20 years ago under the leadership of Teresa Christie, as a fundraiser to get equipment for the Mosgiel Memorial Gardens.

The decision to move back was based on an online poll of residents, of whom “about 65%” supported Mosgiel Memorial Gardens as the venue.

“There will be close on 50 stalls, with everything from babies’ clothes and jewellery to food,” he said.

As much as possible would be free, he said.

Little ones could take part in a trike-a-thon, run by East Taieri Preschool.

“It’s going to be down towards the playing fields at the west end of the grounds,” he said.

Likely to be the day’s most popular freebie will be Amadeo Enriquez Ballestero’s volcanic eruption, timed to go off about 3.30pm.

The eruption, staged by the museum’s science presentation co-ordinator, is always popular.

The committee would welcome help in setting up on party morning from 7.30am.

“And if Mosgiel people want the Festival of the Plain to continue, we need to find more good workers,” Mr Chalmers said, asking anyone interested to contact him on 021501-861.

Sunday’s Party in the Park runs from 11am until 4pm.

The party is being sponsored by Wal’s Plant Land, which is also holding an event on its own grounds on March 1.