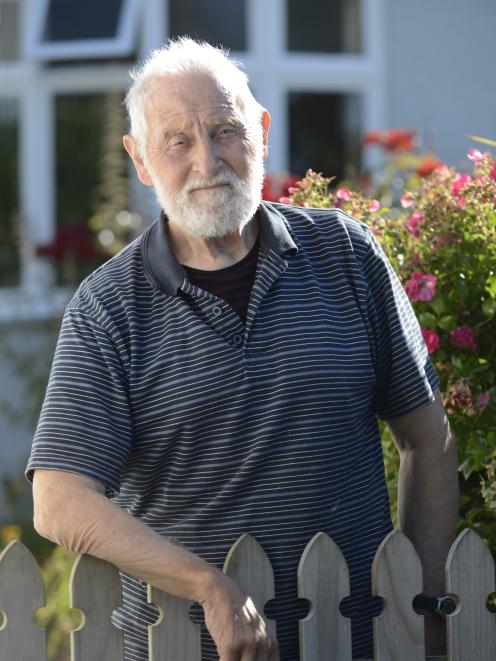 ''I didn't think anyone was watching,'' the 80-year-old life member of the Taieri Dramatic Society said.

Indeed they were: for decades, Mr Ensor has been involved in theatrical productions throughout Otago.

His roles have been manifold - administrator, technician, actor, director - and every night, the show had to go on.

He has been involved in shows in all of Dunedin's theatres, as well as touring Otago with the Chameleon Theatre Company.

A highlight of Mr Ensor's career was writing and directing four plays of his own.

As an actor, performing in Habeas Corpus, by Alan Bennett, was a special role; as a director, a Mosgiel production of the classic Charley's Aunt was memorable.

However, it is with Taieri theatre that Mr Ensor's name is most closely associated.

A real estate agent by trade, Mr Ensor's theatre career had ended in his school days - or so he thought.

''I was in my 50s when I saw an ad for auditions for Arsenic And Old Lace and I thought 'Well, it's something to do in the evenings maybe' and when I went along they snapped me up - not because it was me but because it was somebody.

''It sort of snowballed from there, and I was involved in any number of plays out in Mosgiel.''

A passionate supporter of amateur theatre - for its value to the community and as a training ground for future professionals - Mr Ensor has devoted countless hours to keeping the flame alive.

One achievement he is particularly proud of is helping the Taieri Dramatic Society buy the Fire Station Theatre in Mosgiel in 1989.

''It was being used as a gymnasium at the time,'' Mr Ensor said.

''We dug the floor up, which was full of borer, filled it with crusher dust, concreted it, and ever since the money has been poured into it to make it what it is now, but it's still a sort of a work in progress.''

TDS is about to mark its 70th anniversary and Mr Ensor is anticipating being involved.