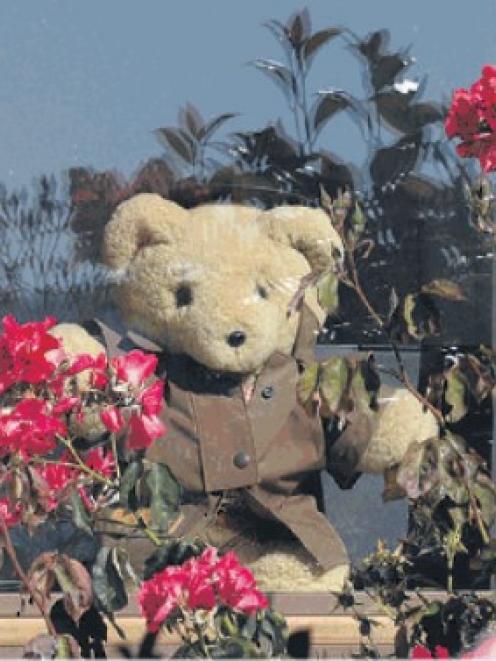 Teddy bears and other cuddly toys are popping up in windows across the South.
If you go down your street today, you may be in for a surprise.

Teddy bears and other cuddly toys are popping up in windows across the South as part of the We’re Not Scared — New Zealand Bear Hunt which aims to give children something to look forward to on their neighbourhood walks during the lockdown.

The initiative was inspired by the Michael Rosen children’s book We’re Going on a Bear Hunt, and is believed to have started on Facebook in London.
Now the teddy bear hunt has expanded to cities across New Zealand.

We’re Not Scared Facebook page creator Debby Hoffman said the page was intended to get children to look out for bears in their community while they were getting exercise with their parent or guardian.

“I just wanted to give children something to smile about. It’s an unsettling time for a lot of people and this can give young ones something to look forward to.”

People across the country are being asked to place a teddy bear in their window and put a pin on the website’s map so children can take part in a safe game while at a distance.

She has reminded participants to only hunt in their local streets.

Even Prime Minister Jacinda Ardern and her family are fans of the initiative.

During a press conference earlier this week, she suggested families try to spot teddy bears in the windows.

“They might look for teddy bears in windows but as they pass people, keep your distance, don’t talk to others, just stay within your bubble,” she said.

“And if you’re in Wellington and you’re walking in a local neighbourhood, you might see one in my window.”