Jonathan Waters (left) and Amanda Reid are proud of the efforts of the Green Island community in painting a mural inside the Runciman St pedestrian tunnel. PHOTOS: PETER MCINTOSH
A strong sense of community spirit has led to the makeover of a tunnel in Green Island. 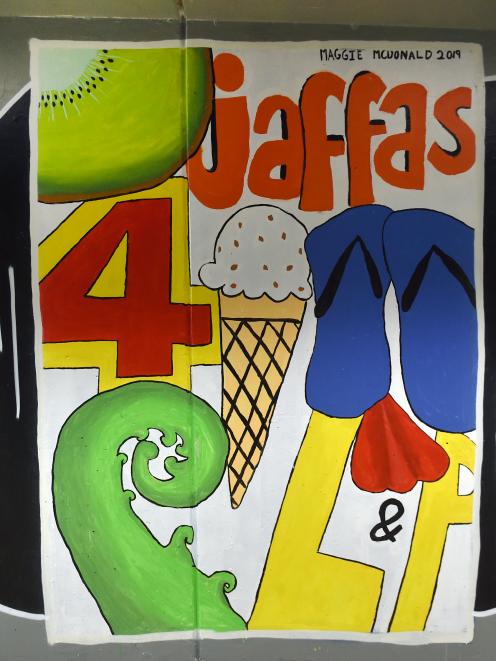 The Runciman St pedestrian tunnel was formally opened yesterday after months of work from school pupils and the Greater Green Island Community Network.

Funding from grants and local businesses meant the group could hire Dunedin artist Jonathan Waters to get involved.

Mr Waters had been contracted by the network to teach 20 local intermediate pupils how to design, paint and stencil the new mural.

"There was graffiti, the lights were broken, the drainage wasn't working and it was not looked after at all.

"The old mural which had been painted by Keep Dunedin Beautiful wore off over time."

Mr Hayward said people in the area were more than willing to roll up their sleeves and get involved.

"It's what makes us special as New Zealanders. People give up their time and together everyone makes a difference." 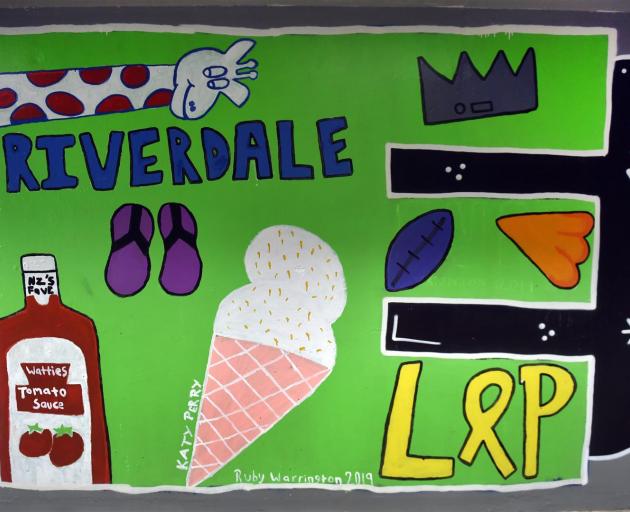 Mr Waters said he was proud to be part of the project and what the pupils had achieved.

"I had some friends who were artists as well come and help us out so it's really cool to have an example of older professional artists work alongside what the kids have done.

"It's the perfect example of a community effort."