By Wyatt Ryder
0 Comments
Six months ago Izaac Foster had never taken a textile class, but now one of his designs is making its way to London to be displayed at the Globe Theatre.

Izaac said he had always had an interest in fashion, but first started textile work at the start of the year at school.

He decided to enter the competition with a costume based on Ariel, a spirit who appears in The Tempest. 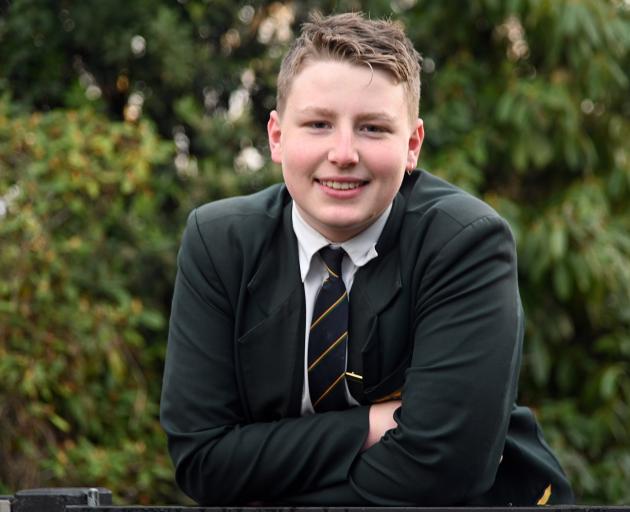 Standing outside his Dunedin home is Izaac Foster, who recently won a national Shakespeare design competition. PHOTO: CRAIG BAXTER
While searching for inspiration he came across a photo of a simple beautiful kimono.

He knew that was the kind of design he wanted to make, but it needed a spin that was personal to him.

He decided on a blue design with strips of fabric hanging down the back to resemble a whale, which alluded to Otago and its whaling history.

As a young man with Maori whakapapa, it was the perfect design to appeal to his love of history and his interest in culture, he said. 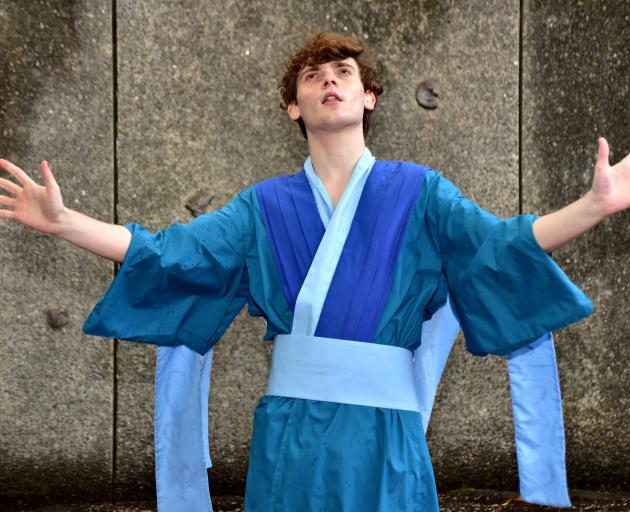 Izaac Foster’s design, modelled by George Kenward Parker. PHOTO: BRIAN SCURFIELD
It had been crazy to go from a new designer to finding success in just half a year, but it made him seriously consider a career in fashion as a possibility.

He was already working on his entree for another competition, which was also based on the region’s history, he said.

The winning designs were created by professional costumiers and shown off at the award show in Wellington earlier this month.

Izaac sold wheat bags to raise funds for the trip.