The Marble Court house in the Christchurch suburb of Northwood destroyed in an explosion yesterday morning..PHOTO: ALEX BURTON
Victims of a massive house explosion in Christchurch caused by a gas leak might have survived because they were close to the source of the blast.

Six people were injured, one critically, when the home exploded yesterday morning.

Debris was sent 100m into the air, showering splintered wood and torn insulation over the neighbourhood.

Some 50 residents were evacuated.

Expert investigators were still piecing together what happened but said it was "probably lucky" the inhabitants were close to the source of the explosion.

"Often, with these types of things, it's the blast wave that can actually kill people further away from the actual radius of the initial explosion," Fire and Emergency New Zealand area commander Dave Stackhouse said.

"So, I guess we are lucky we are not looking at multiple fatalities." 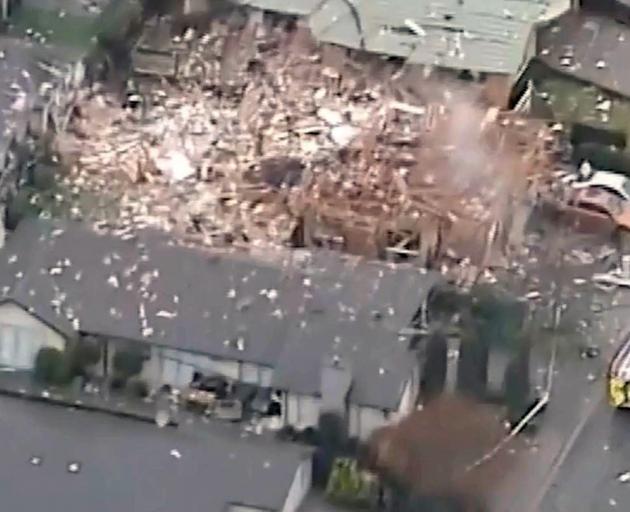 The extent of the damage.PHOTO: NZME
Witnesses and neighbours who felt the "shockwaves" of the giant blast in the northern suburb of Northwood's Marble Court about 10.20am were stunned nobody died in the accident.

The modern brick house where the explosion happened - and was felt across the city - has been destroyed.

Five people were inside the house, which reportedly had been having gas fire issues.

St John said six injured people were taken to hospital. One person was in a critical condition last night, three were stable, one had been discharged, and another was flown to Middlemore Hospital, in Auckland, where there is a serious burns unit.

Frantic neighbours and passers-by helped drag the survivors out of the debris.

They reported the victims having burns, cuts, scratches, and bruises and being in a total state of shock.

Neighbour Bradley Culver was having a cup of coffee and watching television with his wife when the explosion happened.

The former police officer ran outside and saw a neighbour's house destroyed.

They were stunned and in total shock, he said, hardly able to talk.

"I am surprised nobody died [instantly]," Mr Culver said.

"As a former police officer, I've seen a lot in my days, but I've never seen anything like that."

While the property where the explosion happened was completely flattened, fire officials said six other properties suffered major damage.

"It nearly knocked me off. I thought it was an explosion underground," Mr Fonsaka, who lives across the street from the blast site, said. 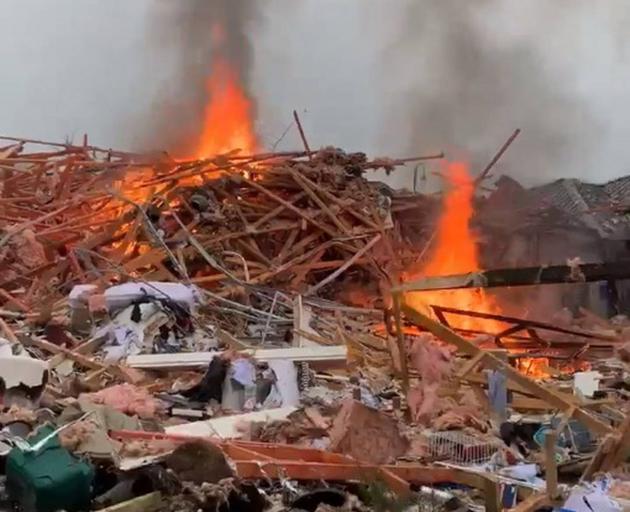 The burning remains of the Marble Court house. PHOTO: JAMES LOOYER
His wife, Akita, was screaming from the garage.

They ran to each other and could not believe what they saw. They both thought it was a meteor strike.

Just moments before the enormous explosion rocked their house, Jacob had been playing near a large wall clock.

"Suddenly there was a very big, loud noise and the clock came crashing down," said his mum as she recovered from the traumatic event at a friend's place.

"We were all freaked out, especially the kids."

After the explosion, which she thought must have been a giant earthquake, she ventured outside.

Neighbours were crying and dazed. Rubble - roof tiles, insulation, wood fragments - was scattered across the street.

Mrs Messeha could see flames and smoke coming from a house over on the next street, Marble Court. She asked a stunned Brockwater Ave neighbour if it had been an earthquake.

"They said, `No, it was an explosion'. My first thought was that it was a terrorist explosion and I was so scared," she said.

Canterbury Metro Commander Superintendent Lane Todd said cordons and security would remain overnight around 12 homes that were in the immediate area around the explosion. Police were ensuring the residents had a place to stay.

Other residents who were evacuated after the blast were being allowed to return home.

Supt Todd said safety experts were going from house to house within the wider area to make sure the homes were safe.

Mr Stackhouse said all of Northwood was connected to piped gas, but at this stage it was not clear how there had been a leak.

"Once we've got the scene safe ... we'll look at what's caused this and carry out an investigation with police and WorkSafe." 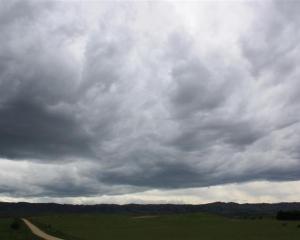