Grief over daughter's death: 'She was unrecognisable' 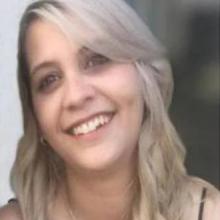 Jasmine Wilson died after receiving what police called "non-accidental injuries" in Whanganui. Photo: Supplied
The distraught mother of a woman who died after being dumped outside a hospital with injuries that left her ''unrecognisable'' has appealed for anyone with information to come forward.

Jasmine Wilson (30) died on August 2 after receiving what police called "non-accidental injuries" in Whanganui on July 31.

She had been dropped off at Whanganui Hospital. Police have since launched a homicide investigation.

"Jasmine was a loved mother, daughter, sister and granddaughter... We know Jasmine was dropped at Whanganui Hospital with the severe injuries that led to her death, but we still don't know how she sustained those injuries," Mrs Reuben said in a statement.

"No one should have to see a family member in the state we saw Jasmine in. She was unrecognisable.

"There are people who know what happened to her. We are pleading with you to come forward and do the right thing."

Whanganui area investigations manager Detective Senior Sergeant Neil Forlong said a team of investigators from Whanganui, Manawatu and Taranaki was working on the case and had made good progress.

Police had finished examining a white Toyota Carib station wagon they had seized, which had followed scene examinations at two properties of interest.

"Police would like to thank those who have come forward to offer information so far," he said.

"However we are still asking anyone with information about this incident or those involved to come forward and speak with us."

- Anyone who has information is urged to call Police on 105, or give information anonymously by calling Crimestoppers on 0800 555 111.