NZ to move to level 1 at midnight

0 Comments
New Zealand will move to alert level 1 - and a return to mostly normal lives - from midnight tonight.

Today's Cabinet decision means that events such as funerals, hospitality and public transport can all resume without any restrictions from midnight.

She said she "did a little dance" in front of her daughter Neve when she was informed the country no longer had any active Covid-19 cases.

Alert level 1 will come into force from midnight tonight.

"At level 1, we expect the continuation of recovery," the Prime Minister told reporters.

"We will almost certainly see cases here again. That is not a sign we have failed."

Moving to alert level 1 would be especially good news for the hospitality and transport sectors, said Ardern. 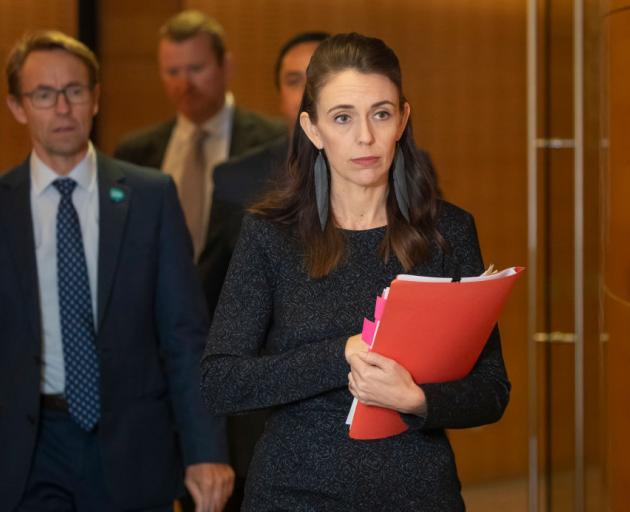 Prime Minister Jacinda Ardern is set to be joined by director general of health Dr Ashley Bloomfield.for an announcement on when New Zealand will move to level 1. Photo: Getty Images

This freedom on restrictions will depend heavily on our border measures.

"We have eliminated transmission of the virus for now," she said.

"The last thing we want to do is move back up the level system again."

Ardern said she didn't want businesses or Kiwis to be given a "false start" by providing a timeline on the transtasman bubble as New Zealand was ahead of Australia, which was progressing state-by-state.

No one wanted to jeopardise the position New Zealand was in by opening the borders too quickly.

Ardern said many of the things she'd missed during the restrictions could happen at alert level 2, so for level 1 she was most pleased that New Zealand's artists and creatives could share their work.

The Government has been working on deciding when to stop paying for the cost of quarantining people at the border and Ardern was expecting advice in the coming weeks.

Paying for travellers' quarantine had come at an expense - but so did allowing Covid-19 into New Zealand, said Ardern.

Responding to suggestions that New Zealand had moved too slowly, Ardern said the step downs were done cautiously to ensure we did not have to go back up the levels.

New Zealanders can do and go wherever they like, but Ardern asked they keep a diary to track their movements

She also encouraged businesses to display QR codes at their doors so customers could continue to keep a "digital diary", as manually signing in would no longer be required.

Every public sector worker is being asked to return to their place of work, but with allowances for flexibility to allow CBDs to thrive again, said Ardern.

She encouraged every Kiwi to go out to "buy and play" and experience New Zealand for themselves.

"While we're in a safer stronger position there's still no easy path back to Covid-free life," said Ardern.

The decision to move to alert level 1 at midnight wasn't because of pressure from NZ First, she said.

The reason there was not 48 hours notice of the move to level 1 was because businesses didn't need to prepare for restrictions as now they only remained at our borders.

Bloomfield: NZ moved down restrictions faster than other countries
Director general of health Dr Ashley Bloomfield was also asked about his reaction to the news.

"I'm not as good a dancer as the Prime Minister ... I did allow myself a broad smile."

Bloomfield said not having any active cases was pleasing and a timely coincidence that it was reported today.

"And no we haven't been holding that off ... it's a coincidence," he said.

Bloomfield said New Zealand had moved down restrictions faster than any other countries.

The situation with the Avatar film crew quarantining at the QT Hotel in Wellington was "a first" and the Ministry of Health was learning from it, but it didn't appear that anyone had been put at risk.

Any arrangements for future private quarantine would be tight, he said.

Anyone coming into the country will be tested twice throughout their 14 days in quarantine or managed self-isolation from the end of the week.

There will still be some Covid testing conducted at clinics, GPs' practices and mobile clinics.

On day 26 of alert level 2, day 17 without any new Covid cases - and day 75 of being in an alert level - Ardern said the "team of five million" had sacrificed and achieved a lot.

Ardern said Kiwis had done "something remarkable" by uniting to crush the virus.

"We are not immune to what is happening in the rest of the world," she said.

New Zealand was now in the position to have a headstart on restarting its economy, Ardern said.

Ardern said the sacrifice of our team of five million was to keep each other safe. But she acknowledged the 22 people who'd lost their lives to the virus.

"There has been a lot of ill-informed speculation about the government parties being divided over Alert Level decisions," said Peters.

"Today's decision should put to bed that speculation. New Zealand First has been a constructive partner in every decision the coalition has made throughout the COVID-19 crisis and today's was no different.

"The Coalition Government always had the goal of beating the virus to give the economy its best chance of recovering from the disruption the country faced and the burden that all New Zealanders shared to successfully fight off COVID-19.

"To that end, we urge all workers to return to their place of work. We want to see town centres and CBDs return to normal, and give all businesses, including the retail and hospitality sectors, the best chance of economic recovery following the effects of previous restrictions."

The zero active news came 101 days since the country's first virus diagnosis on February 28. Covid went on to claim 22 lives.

Cabinet met this morning to decide whether to shift the country into the laxest of restrictions which would see life mostly return to normal, except with strict border measures to remain.

Cabinet today weighed up the health and economic advice to make its decision.

Today the final active case, an Auckland woman in her 50s connected to the St Margaret's rest home cluster, was reported as recovered.

And there were no new cases.

It's the first time New Zealand has had zero active cases since the first Covid-19 case was reported on February 28.

"This is really good news for the person concerned, and it's also something the rest of New Zealand can take heart from," Bloomfield said.