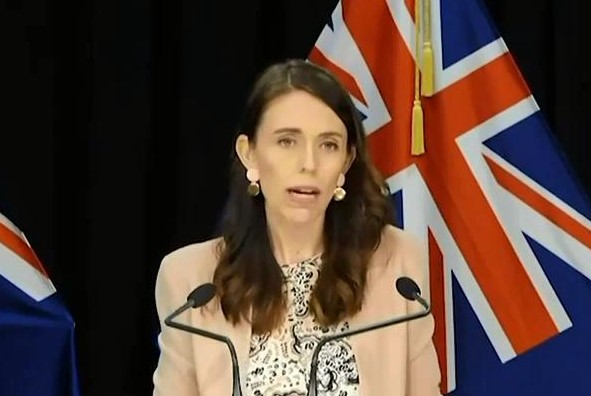 Auckland is in level 3 lockdown and the rest of the country is in level 2. The levels are set to lift at midnight tomorrow.

Jacinda Ardern's office has confirmed a decision on whether lockdown continues will be made at 5.30pm tomorrow.

There are 13 new Covid cases in the South Auckland cluster, all linked to the original four confirmed cases from the new outbreak first confirmed on Tuesday.

Hipkins told Newstalk ZB's Heather du Plessis-Allan the goal was to still identify how the family contracted the virus.

"That's the goal - how the family got it in the first place. It is a cluster; we haven't seen any cases outside the cluster.

He revealed the cases announced today would be in the Jet Park facility by the end of the day.

The original four family members are all in quarantine.

Details about the rest-home in Matamata would be released shortly after a positive Covid person visited over the weekend, he said.

He refused to say if any were showing signs of symptoms, saying this would be released tomorrow.

He said pop-up testing stations had been launched, with staff from hospitals, to try to cope with the workload.

He acknowledged officials would have liked to have set up road blocks earlier than they did.

"It is not feasible to build a wall at either end of Auckland."

Officials were looking to trial a Covid card, but it was not considered a silver bullet.

"The Covid card would not stop the need for a lockdown necessarily."

Family members of confirmed cases might also be required to go into quarantine, director general of health Ashley Bloomfield says.

Bloomfield said "a lot of thought" had gone into moving confirmed cases into quarantine facilities. It would help prevent spread between family members and limit the spread in the community from people coming to visit.

It would "really strengthen our response", he said.

Bloomfield said they were confident there was the capacity for those people and the Ministry of Health was working with MBIE to ensure that.

There is also a new case in a managed isolation facility, a woman in her 30s who arrived from the Philippines on August 8, who tested positive around her third day at the facility.

There are now 17 active cases in the community. Nineteen other active cases are in managed isolation and are directly linked to the border.

Given all the new cases are linked, they're being treated as clusters and Bloomfield said they "fully expected" more cases.

Prime Minister Jacinda Ardern said there wasn't any evidence at this stage there was a "super spreader" event.

Bloomfield said he didn't agree with modelling that showed there could be between 25 and 100 cases and they were working backwards to find the source.

The earliest time the confirmed case had symptoms was on July 31, which meant the first case could have been in the community "several weeks ago", Bloomfield said.

One of the people who has tested positive visited an aged-care facility in the Waikato, which Bloomfield said he wouldn't name yet as family members were still being notified.

The visit was when the person wasn't displaying symptoms but they developed symptoms the next day.

All staff and residents in the unit will be tested.

Bloomfield said he didn't think Waikato needed to move into a higher alert level because it was clear the locus was in Auckland.

He said they had learnt from the last outbreak that 95 percent of cases happened in workplaces or households - not casual contacts.

Bloomfield said any pertinent information, such as travel updates, would be shared as and when needed, not just at the 1pm press conferences.