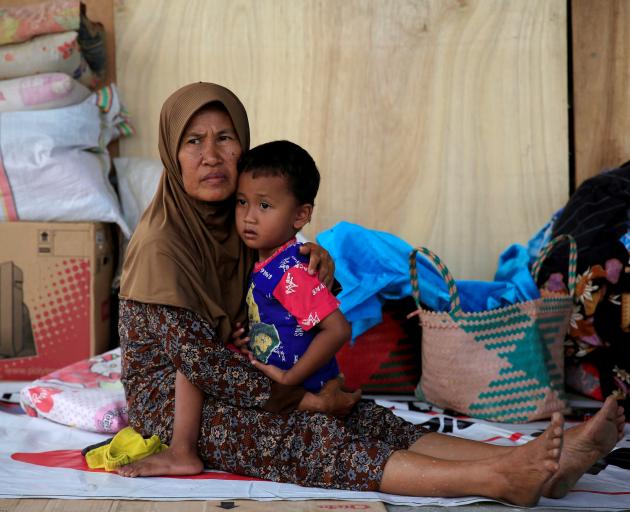 A woman and son rest outside their house for safety reasons in quake-hit Biromaru village on the island of Sulawesi. Photo: Reuters
The New Zealand aid response to the deadly Indonesian earthquake and tsunami has topped $5 million, with the Government committing an extra $3 million to disaster response.

Last Friday, a 7.5 magnitude earthquake hit off the coast of Sulawesi, triggering dozens of aftershocks.

The coastal city of Palu was one of the worst affected areas of Indonesia affected by the quake. It was hit by waves as high as 6 six metres. The surge of water caused widespread destruction to the city.

Drone footage captures the damage inflicted by the Indonesia quake and tsunami on the island of Sulawesi. pic.twitter.com/PMavoaHuuw— Al Jazeera English (@AJEnglish) October 1, 2018

Indonesia’s National Disaster and Mitigation Agency has said that most of the victims in Palu were killed as a result of the tsunami.

The death toll, according to official estimates, has climbed to more than 1400.

The New Zealand Defence Force has sent a Hercules loaded with emergency relief supplies to earthquake hit Indonesia. It was scheduled to land in Indonesia today.

This morning, the Government committed $1.5 million to the immediate funding for aid agencies working on the ground delivering practical assistance.

“As well, a further $1.5 million will be allocated to stand-by funding to support the international community’s efforts for emergency relief activities and early recovery projects,” Foreign Minister Winston Peters said.

It comes two days after he announced the Government would provide $1.6 million to International Federation of Red Cross and Red Crescent Societies emergency appeal.

NEWS || A @NZAirForce C-130H (NZ) Hercules is on its way to deliver more than eight tonnes of aid supplies for survivors of the earthquake and tsunami that hit the Indonesian city of Palu last weekend.MORE: https://t.co/hrIVKmJ382#Force4Good pic.twitter.com/v4Vcr54w1n— NZ Defence Force (@NZDefenceForce) October 3, 2018

Peters this morning announced the C-130 Hercules aircraft would join an international air bridge effort to transport supplies and personnel into the affected area.

It is loaded with emergency relief supplies including generators, water containers and tarpaulins.

This, along with the allocated aid funding, brings the total aid response to $5 million.

“The scale of the relief effort required following last week’s earthquake and tsunami is becoming increasingly apparent, and there are many people in need of urgent humanitarian assistance,” Peters said.

He arrived in Jakarta yesterday and has scheduled meetings with Indonesian Government ministers today and tomorrow. 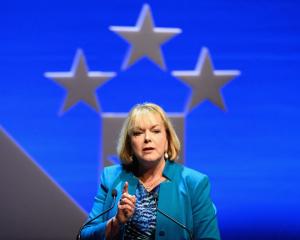