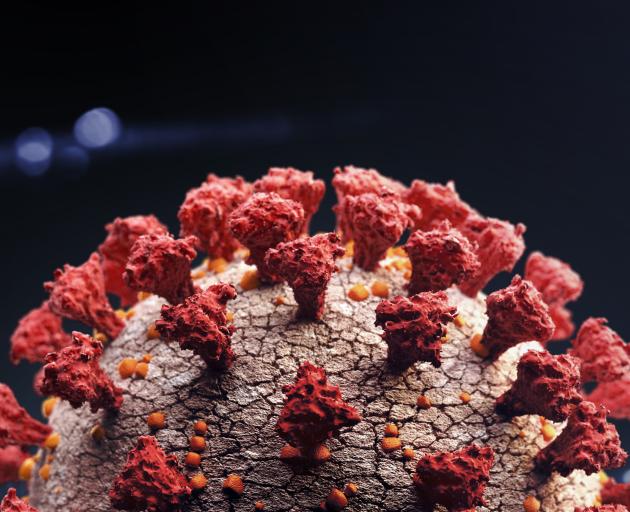 The virus attaches itself to lung cells by binding its outer “spike” proteins, something which plays a big part in how quickly it spreads within us, and to other people. Photo: Getty Images
Kiwi scientists have found a promising new treatment for Covid-19 - but say government funding is needed to get it out of the lab and into human trials.

A team, led by Auckland Hospital immunologist Associate Professor Rohan Ameratunga, has been investigating whether a designer “decoy” molecule, delivered through an inhaler, could stop the SARS-CoV-2 virus from attaching to our lung cells.

“At the moment, there’s no proven treatment for Covid-19,” said Ameratunga, who has been working with renowned researchers including Victoria University’s Dr Davide Comoletti, and Otago University’s Professor Miguel Quiñones-Mateu.

“We have been looking at the vulnerabilities of the virus and figured out the most vulnerable part of it is that which binds on to the cells.” 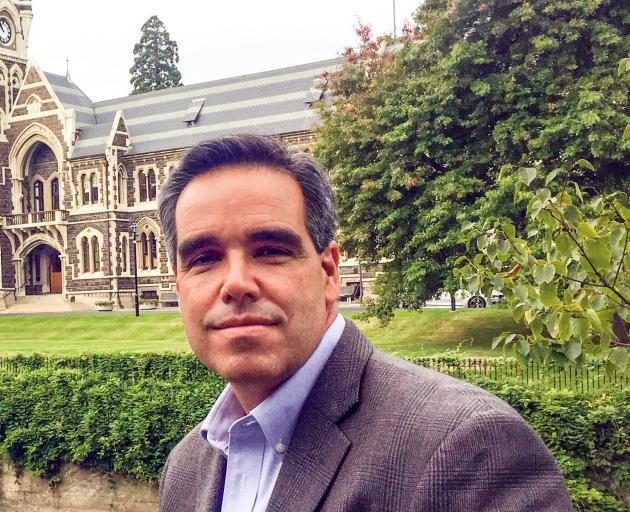 Prof Miguel Quiñones-Mateu. Photo: ODT files
The virus attaches itself to lung cells by binding its outer “spike” proteins, something which plays a big part in how quickly it spreads within us, and to other people.

Just as threatening, the receptor that it targets, called ACE2, happens to be highly expressed in our respiratory cells, enabling the virus to find its way deep into the lungs.

ACE2 has hosted this havoc before, acting as the receptor in the Sars coronavirus which infected more than 8000 people and killed 800 in the early 2000s.

To block the process, Ameratunga and his team have made their own designer ACE2 proteins to lure the virus away from the actual receptors attached to sensitive cells.

Once the virus was coated with the fake receptor, the researchers expected it could be eliminated like any other particle like dust or bacteria, through phlegm.

Their decoys could not only slash the amount of virus that made it through and attached to the cells, but help protect frontline health workers.

“What we are trying to do is target the virus very early on in the infection, and basically get people to breathe these proteins in, therefore flattening the exponential infection curve of the virus,” he said.

“So if you do get the infection, it is much milder than otherwise.”

This week, his team tested their decoy in Comoletti’s Wellington lab to find it indeed worked.

“It actually blocked the virus, and does exactly what we predicted it would do,” he said.

“What we’d like to do now is make these into clinical-grade drugs, and eventually go on to do human trials, which would probably have to be carried out mostly overseas, given we don’t have Covid-19 here.”

He expected that would mean working with a large pharmaceutical company, enabling trials to be carried out in multiple countries.

But to keep the core of the research in New Zealand, the team would have to seek government funding.

“Everybody has done some great work, but at some stage, we are going to need some serious funding to progress it.

“The worst-case scenario is that we will have to go overseas, because it’s important, and there are so many people dying from this. As a scientist, I want this to work, and for it to be available to everybody who needs it.”

The project has been endorsed by the Australasian Society of Clinical Immunology and Allergy and the Immune Deficiency Foundation of New Zealand. 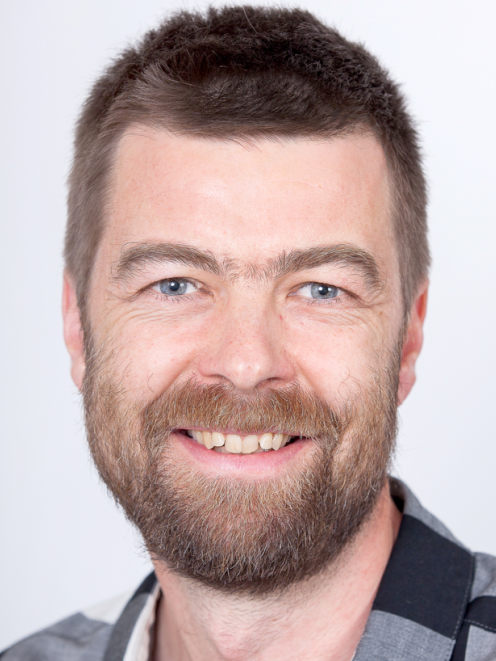 Professor Alex McLellan. Photo: Otago University
Meanwhile, another team has discovered potential target points on the virus’ genome – or its full genetic make-up - which may point the way to new treatments.

Over the lockdown period, PhD student Ali Hosseini and Professor Alex McLellan, of Otago University’s Department of Microbiology and Immunology, began analysing the SARS-CoV-2 genome, which had then only recently been decoded.

They found previously unrecognised weak points – “target sites” that are picked up by an nucleic acid-based “immune system” operating in all of our body’s cells, called microRNA, or miRNA.

Essential for controlling gene expression within the cell, miRNAs are also important players in the recognition and destruction of viruses.

One target site on SARS-2 matched a particular miRNA – called miR197 – that was found to be present in very high levels in patients with cardiovascular complications or with respiratory viral infections.

The miR197 binding site on the virus had been independently mutated nearly 40 times since March this year. This mutation was now present in more than 75 per cent of SARS-CoV-2 global isolates.

“Patients with cardiovascular complications have been shown to be at risk from Covid-19,” McLellan said.

“Our study suggests that a normal defence pathway in these patients may have been blocked through this mutation in the virus.”

However, he said it was too early to say if such mutations would help the virus, or were simply “neutral hitchhikers” that offered no advantage to the virus.

“We need direct experimental approaches using live virus, as well further study of the transmission of such mutants around the world,” he said.

“Even so, it was surprising to find how often the miR197 target site had been mutated in different SARS-2 isolates.

“Our study just says: let’s keep an eye on these sites and see what happens to these in future.”

The researchers say their findings also open up the possibility to engineer in artificial miRNA sites.

This may be useful for weakening the virus for vaccine research and has been successfully performed experimentally for other respiratory viruses.