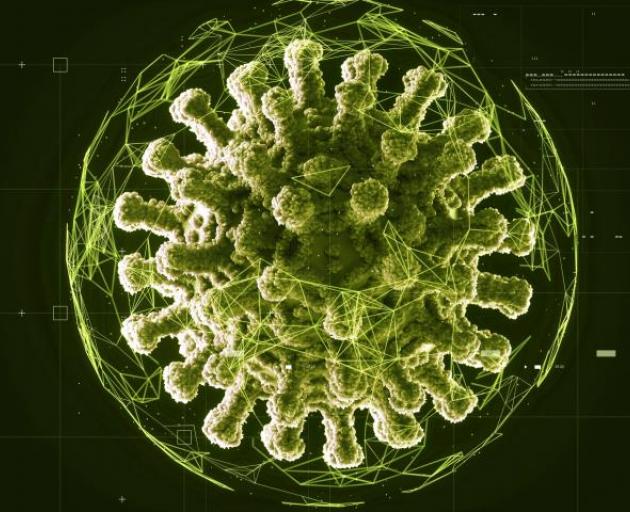 The Ministry revealed this new information in its daily update this afternoon. Photo: Getty Images
A possible Omicron case who previously returned five negative tests while staying in a Christchurch MIQ facility has tested positive after returning to Palmerston North.

The Ministry revealed this new information in its daily update this afternoon.

This case was in a MIQ facility in Christchurch and tested negative on day 9, before being released on 16 January (Sunday), after returning a negative test result on five occasions throughout their stay.

"Urgent whole genome sequencing is underway though, as this case was staying at a MIQ facility at the same time as known Omicron cases, as a prudent measure it is being treated as a Omicron case. Investigations are underway to determine the source of infection, including possible in-facility transmission.

"The case is considered to have been infectious from 17 January (Monday) and there are exposure events associated with their movements, including an early childhood centre. Initial locations of interest associated with the individual have been published this morning and more will be added as they are identified.

"The case, who has had two doses of the Pfizer Covid-19 vaccine is now isolating at home with their family.

"Our objective is to stamp out the infection and prevent any onward transmission related to this case.

"New Zealand’s vaccine rollout remains our key defence against all variants of Covid-19, including Omicron. With 93% of the eligible population now double-dosed and the booster programme underway, New Zealanders are well protected."

There are multiple new exposure events and locations of interest in Palmerston North - including an early childhood centre - after a positive case of Covid-19 was confirmed in the Manawatū region earlier today. They can be viewed on the ministry's website.

To date, there have been 440 Omicron Covid-19 cases detected at the border since 1 December, and 32 cases of the Delta variant.

The ministry confirmed there were 39 new community cases and 46 cases at the border to announce today.

The Christchurch case and one of the Hawke’s Bay cases were announced yesterday after being notified after the reporting deadline. These cases are being added to the tally today.

There are 21 new cases to report in Auckland.

Health and welfare providers are now supporting 712 people in the region to isolate at home, including 142 cases.

There are 14 new cases to report in the Lakes DHB region today, all in the Rotorua District.

Nine of today’s cases are linked to previously reported cases, the remaining cases are still being investigated to determine any links.

All cases are isolating at home or in managed accommodation.

There are three new cases to report in Hawke’s Bay.

One of these cases was announced yesterday and is being formally added to the tally today.

Two of the cases are linked to previously reported cases, and investigations are underway to identify a link for the third, who is believed to have contracted Covid-19 outside of the region.

There are now six active cases in the Hawke’s Bay.

There are 21 people with Covid-19 in hospital, of those one is in HDU or ICU.