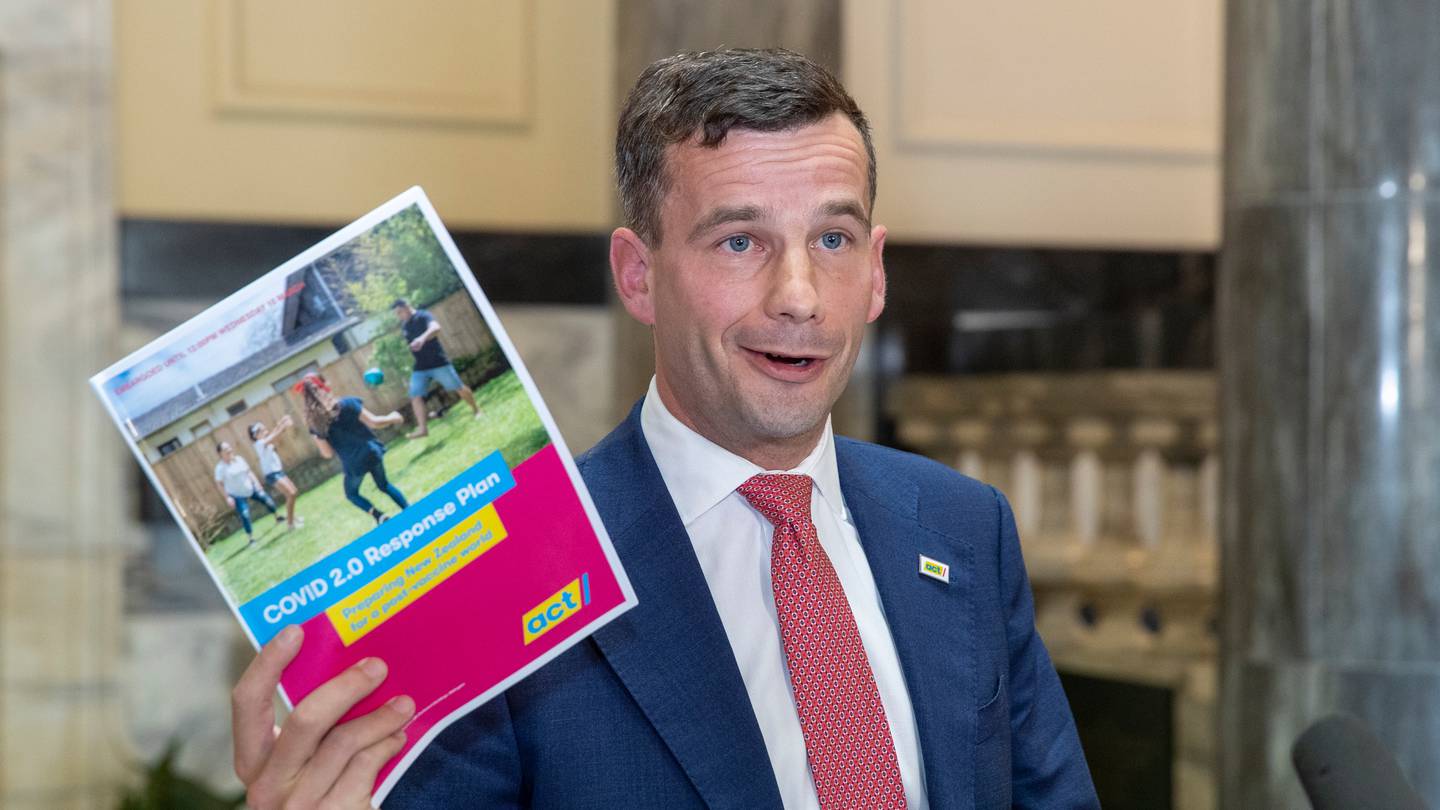 He said the expert advice from a group chaired by Sir David Skegg revealed nothing we didn't already know, including that herd immunity was unattainable and ongoing public health measures were needed.

The group said that elimination was the best path forward, though it couldn't be maintained until the vaccine rollout was complete and as many people as possible were fully vaccinated.

But it didn't say what level of population immunity would be needed to maintain elimination with more open borders, which would inevitably lead to some outbreaks, could threaten to overwhelm health services, and may require localised lockdowns.

Seymour said today that the re-opening of the borders should begin next year regardless of how many people were and were not vaccinated.

"The Government shouldn't keep the borders closed to protect those who choose not to get vaccinated," he said.

"We actually do need to [start re-opening next year] because what the report tells us is that we can reopen if vaccination is in place, but vaccination might not work due to [Covid] variants.

That could mean living with Covid-19, even if that led to large outbreaks, more hospitalisations and even deaths because the level of population is not high enough to keep health services from being overwhelmed.

Act has previously suggested allowing a network of business people to travel to and from New Zealand. 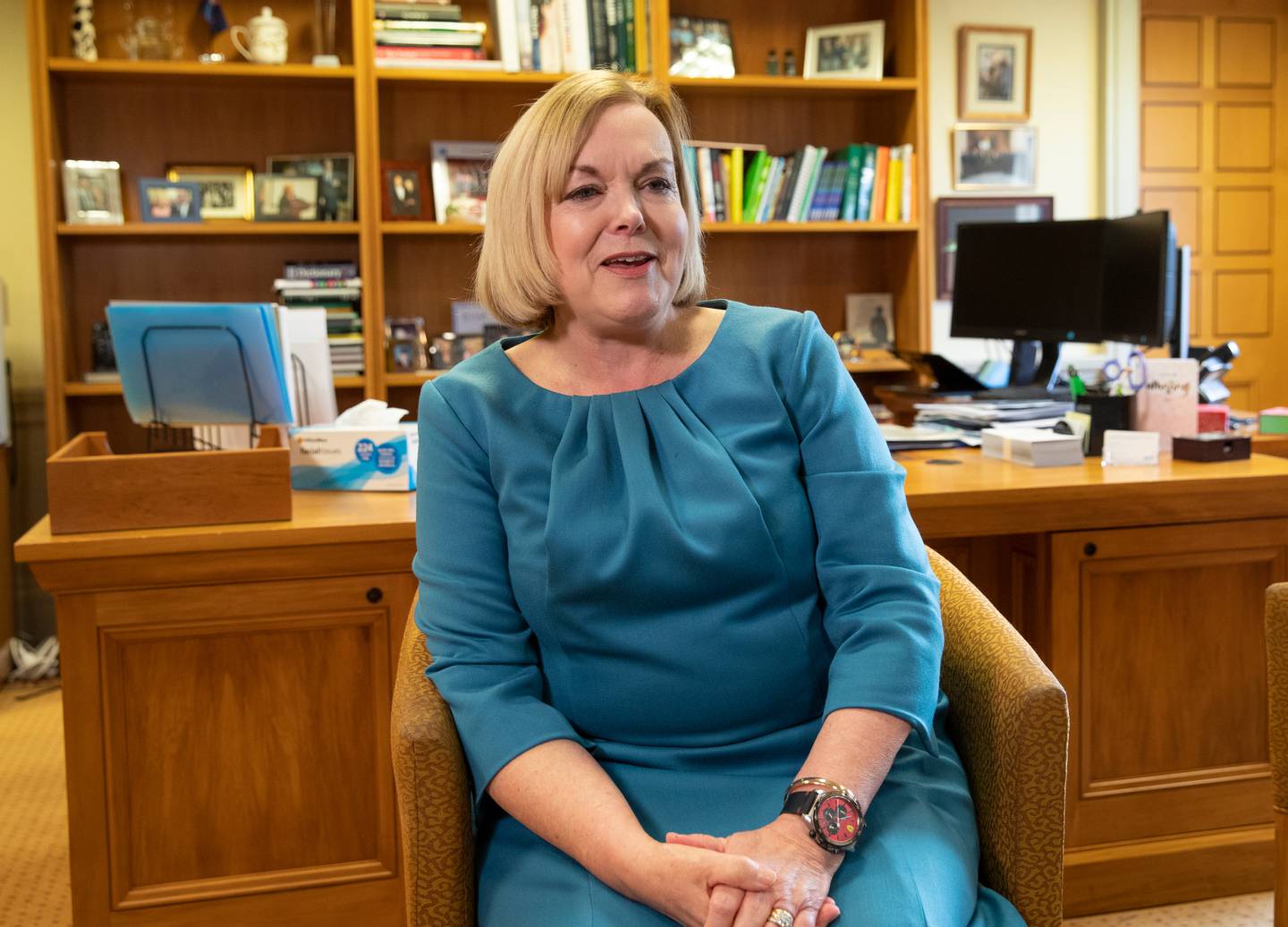 "We can't lock ourselves away forever. We cannot be the hermit kingdom. But the reason we are the hermit kingdom is because we don't have the country vaccinated. That's the absolute secret to being able to open the borders in any way."

She said there should be a national target, as in Australia, for a proportion of the population to be vaccinated before border restrictions should be eased - though she didn't say what it should be.

The expert group said that elimination was the best way forward, and a phased re-opening of the border should start next year after the vaccine rollout was finished.

The papers present a sobering picture of an uncertain future in a world still gripped by Covid-19, where overseas travel is limited to the fully vaccinated and herd immunity is unattainable, making public health measures an important part of the elimination puzzle as border restrictions are eased.

Once the rollout has finished, the panel recommended a phased reopening of the border, starting with a five- to seven-day MIQ stay.

It had initially also suggested allowing MIQ time to be spent at home, but scrapped that in light of the dangers of the Delta variant and the likelihood of non-compliance leading to Covid-19 seeping into the community.

Shorter MIQ stays should firstly be offered to Kiwis returning from a short overseas trip - up to a month - which would open up the possibility of more business or holiday trips, and even incentivise people wanting to do so to get vaccinated.

Travellers should be required to be fully vaccinated - unless they are children accompanying the adults - and to have a negative pre-departure test, an on-arrival test, and possibly a day 3 test.

The panel also changed its advice following the emergence of the Delta variant to suggest additional testing in the second week.

To help contact-tracing, getting their consent to be tracked after leaving MIQ via mobile phone tracking or EFTPOS purchases should also be explored.

As arrangements are fine-tuned, the borders could be opened up more, including to quarantine-free travel for the fully vaccinated.

The panel added that bolstering contact-tracing capacity, more capacity for the "still poorly resourced" health system, and mandatory QR scanning in high-risk venues should be looked at in anticipation of inevitable outbreaks once the borders are more open.

These could be stamped out quickly if there was a high proportion of the population vaccinated, alongside testing and contact-tracing.

The panel also said that quarantine-free travel bubbles with Australia and the Cook Islands should transition to become travel corridors for the fully vaccinated, once enough of those populations are vaccinated.

The man should be wearing a long black hooded robe and holding a scythe when he mouths off like this.
Stick with the science NZ.

Agreed. So we should require vaccines for all, not just those who want it.

It would best to open the borders when all those who want to be vaccinated have been vaccinated.

Opening the borders with too low vaccine rates would be silly. Granted, it would be the unvaccinated that suffered most, but at a great cost to the health system. Best push for high vaccination rates and require vaccine passports for visitors AND locals. No vaccine, no work or fun.

Basic common sense, learn to live with it.

Remarkably pragmatic. The vaccine refusers are the sacrificial demographic.

I see David has gone a bit quiet on this topic.