SkyCity firefighters had to buy own food, urinate in street 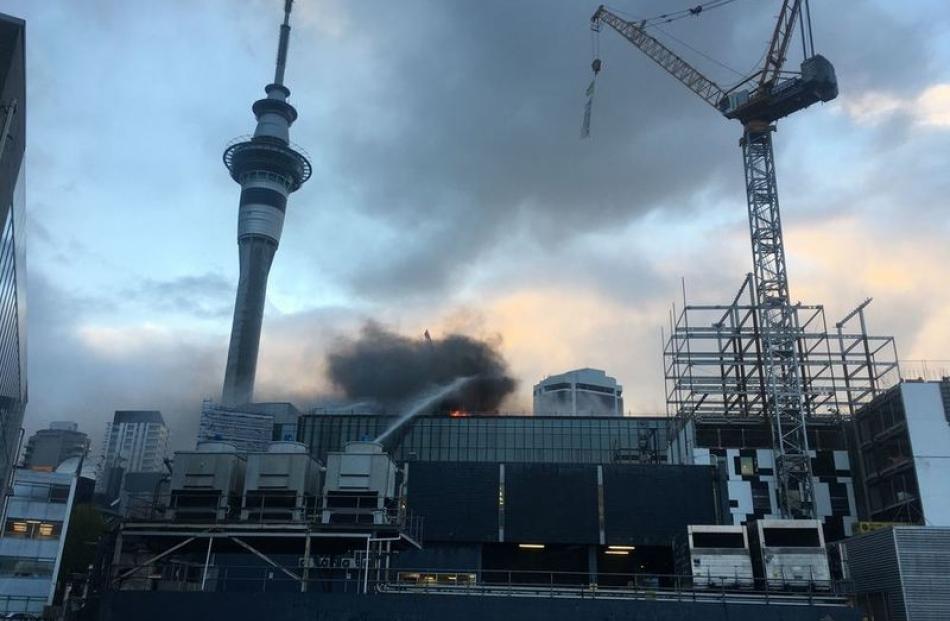 It took firefighters four days to bring the blaze under control. Photo: NZ Herald
Firefighters were not adequately trained, resourced or briefed during the SkyCity fire last month and many were fatigued and had to urinate in the street and buy their own food, a survey reveals.

Crews worked an average shift of 25 hours at the blaze in Auckland and those operating the high ladder fire trucks were worked to the point of exhaustion, says the survey, conducted by the New Zealand Professional Firefighters Union.

The New Zealand Herald revealed today that two firefighters fell asleep while 32 metres in the air on an aerial appliance (high ladder) on the first night of the fire, which took 150 firefighters four days to bring under control.

Watson said the 134 responses demonstrated there was poor management of firefighter rotation, aerial operators were required to work exhaustive hours without relief while available specially trained staff from other areas were not used, procedures to minimise exposures to harmful smoke and water were not enforced and there were equipment issues including faulty breathing apparatus communications.

• Crews were on-site for between four and 65 hours with an average attendance of 25 hours;

• Crews estimated they were exposed to smoke from 0-90 percent of that time;

• 81 percent said their fatigue was not adequately monitored and managed;

• 77 percent of firefighters said they had not received adequate training for working on a roof including the use of tools for ventilation;

• 87 percent were not aware of gas detection being undertaken to determine the suitability of air-purifying respirators;

• Toilet facilities were not made available and staff had to leave the scene to use public toilets;

• Inadequate water and food was provided, with some firefighters leaving the scene to buy drinks.

The survey also found around 77 percent of firefighters in Auckland have not been trained or made aware of aerial capabilities and tactical uses.

Staff rotations and appliance movements were poorly managed and for some firefighters not managed at all, Watson said.

Lack of exposure mitigation practices, inability to shower and change uniform and lack of a clean recovery area were all concerns. 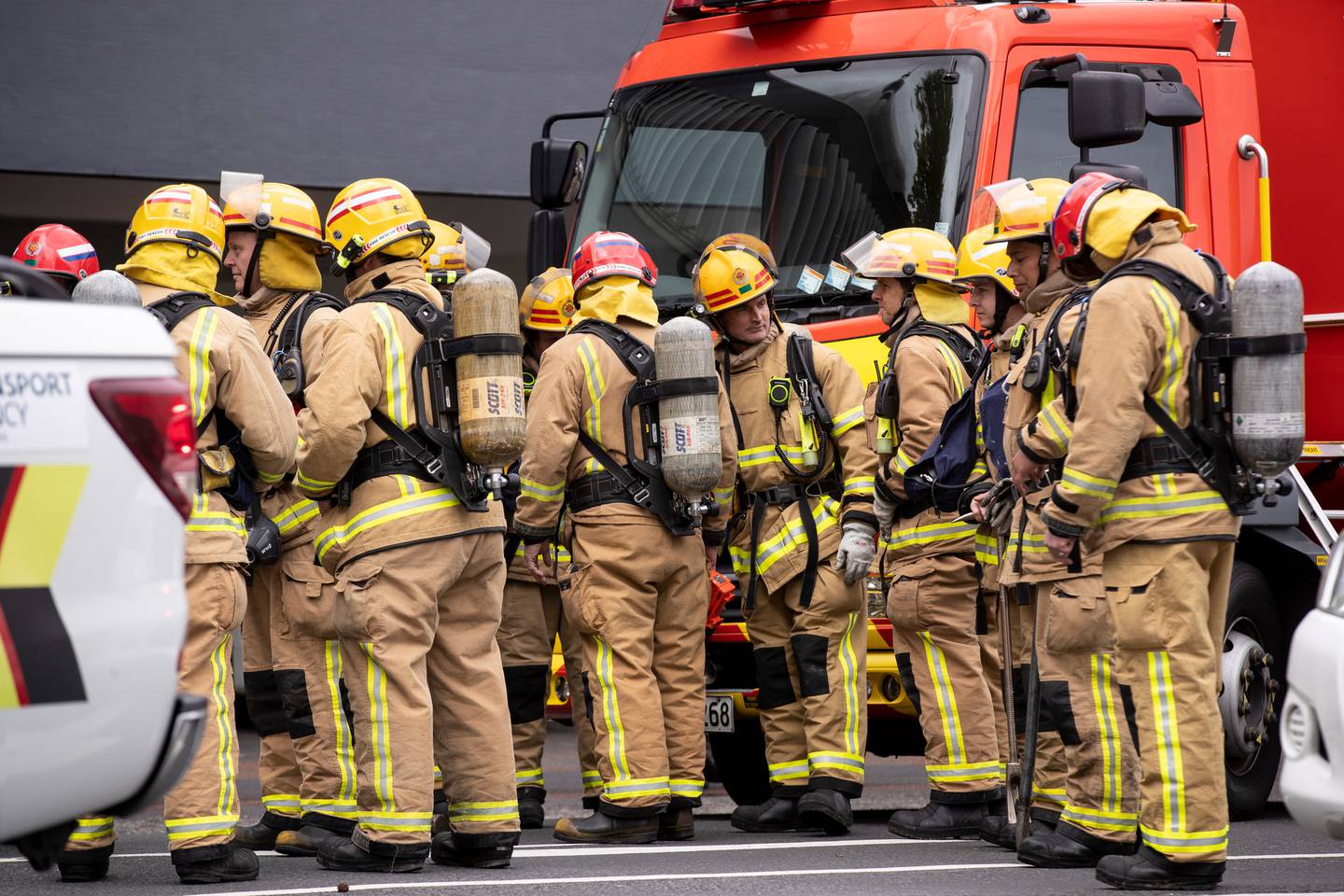 Firefighters say some had faulty equipment including not enough breathing apparatus and broken communications within them. Photo: NZ Herald
What did go well was the work of the firefighters, the use of a thermal imaging drone, command structures and staging after day one, Watson said the survey showed.

"The survey has been a valuable tool for members to be able to communicate the issues and highlights of the response," Watson said.

"It provides a credible perspective from the firefighters that Fire and Emergency New Zealand can now use to ensure all issues are investigated and addressed.

"It is important that key issues are addressed to prevent a repeat in the future. The NZPFU will be working with FENZ to ensure lessons are not only learned but implemented."

FENZ region manager Ron Devlin told the Herald yesterday it was investigating the fatigue reports and that safety of firefighters was paramount and at the forefront of decision-making at such a fire.

However, Devlin said everyone on the ground had a part to play in monitoring their own fatigue and keeping themselves and each other safe.

Devlin said crews were rotated every five or six hours where possible, given meal breaks, food and water, and toilets were identified for FENZ personnel to use.

He said a canteen was on the scene providing hot meals to those working.

"This unit is staffed by operational support volunteers who were at the scene the entire time to look after our firefighters."

He said firefighters do an amazing and brave job in some difficult circumstances.

"A fire on a scale like the Auckland fire required a lot of resource to extinguish.

"At the peak of the fire there were more than 130 firefighters working to put it out.

"We are aware of some incidents of firefighter fatigue reported through our health and safety tool. We are investigating these incidents."

"At any incident, we regularly review resourcing needs. At the SkyCity fire additional aerial appliance operators were called to duty as needed."

He said as with any major event, FENZ would be reviewing its response and would take any lessons into consideration.

"We're committed to resolving any issues raised from this incident and identifying any areas which could be improved for future."

The Herald has sought further comment on the survey results from FENZ.

Is it the fire departments fault that these firemen and women had to buy their own food or one had to urinate in the street? Hell yes. It is not hard if they had Standard operating procedures (SOPS) . Heck Large fire the guys will need Support . Activate the SOP where an officer worker for the fire department department has a check off list, Even if it is as simple as calling to the closest Pizza place and ordering and paying for Pizza's.x 40 for this time and this time deliver to point a. Joe blogs will meet you there, then going to the supermarket buying rubbish bags, paper towels, hand cleaner and as much bottle water drinks as possible and deliver to point a where Joe blogs is waiting. Go and see the NZDF to see how it is done credit card buy rations, and or have gear such as tables chairs ready to go. To the fat cats looking after or not looking after the Fire fighters do your job it isn't hard.

Good on you. Well said.